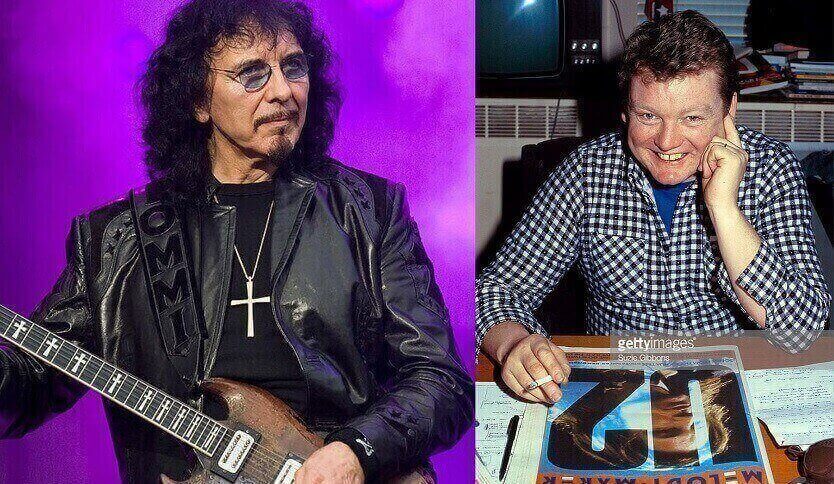 Read what Iommi said and what the journalist said:

Is it true that heavy metal was hated by the press?

“Here [in the UK] it was. I’ll never forget – we played a gig in London. [A journalist] came to review the show. He’d done us a terrible review, but the thing was – we canceled the gig. We didn’t play. He reviewed the show that we never played. So he didn’t like us. [Laughs]”

Did you ever meet him? 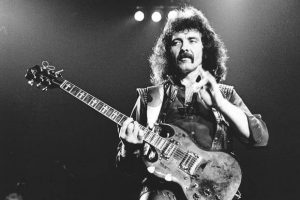 I’m sure he was very pleased to see you. But what about America? What about the criticism in America?

“America was a lot more open for it, absolutely. I think it was probably the Rolling Stone that didn’t like us at first. But they all came around in the end. We didn’t take it to heart anyway. If they don’t like it, they don’t like it. What can you do? If they like it and write about it, it’s great. It’s when they personally have a dig…

“I had a problem with a guy from the Melody Maker many years ago. He came to my house to do an interview. I picked him up at the station – and I picked him up in a Lamborghini – and he came back to the house. And he was treated well.

“Anyway, then he left, after the interview. And the interview was awful. He slagged us, terrible. And it was a personal thing. It wasn’t the music, it was just really not nice. And I saw him again at a gig. And basically, I beat him up.

“And then, of course, nobody would interview us. [Laughs] I remember we were in America… Of course, it got to America about what happened. And we’re doing all these interviews on the phone.

“And I’m going, ‘What’s happened? They don’t really like face-to-face interviews?’ And they’re going ‘Well, they heard about the journalist in England.'” 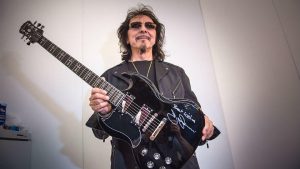 Did it hurt, the fact that…?

“Yeah, it did. [Audience laughs] It did hurt for him.”

“I went to interview him at his stately pile. He opened this big creaky door and I started to walk in and fell flat on my face. I’d tripped over a big horse’s carcass. I said: ‘Where the hell did you get that?’ and he told me Ozzy had killed it especially for him because he used to work in a slaughterhouse.

“We went through into a drawing room. He was supposed to be this wild man of rock, and we were drinking tea out of china cups and eating biscuits. He was talking about how God and the devil might controversially be the same person, but he didn’t want to get too deep.

“I came back and wrote this up exactly as it was. I later got a message from Tony Iommi saying if he saw me again he’d cut my head off and feed it to his dog.

“One day, while I was checking into a hotel in Glasgow, I felt this vice-like grip on my bicep that nearly broke my arm and I turned and there was Tony Iommi. He said: ‘You’re Allan Jones, intcha? I’ve got a bone to pick with you.’ 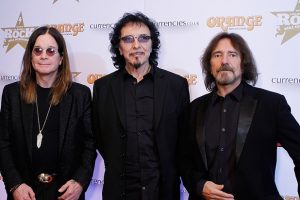 “He dragged me across the floor of the hotel and out into the car park and said: ‘Right, put ’em up.’ I tried very hard to say it was all water under the bridge but he wasn’t persuaded. He was taking off his Rolex and wrapping it around his knuckles and I thought: ‘Aw no,’ and he just split my lip. I must’ve lost about three gallons of blood. Fortunately, two of his roadies dragged him off.

“I’ve never met him since. According to Ozzy, he’s still totally unforgiving.”

After the encounter, Jones needed stitches in his jaw.

Iommi wasn’t the only one who had problems with the reporter. In 1980, after he wrote a bad review from Pink Floyd’s “The Wall”, Roger Waters called him “Stupid Shit”.