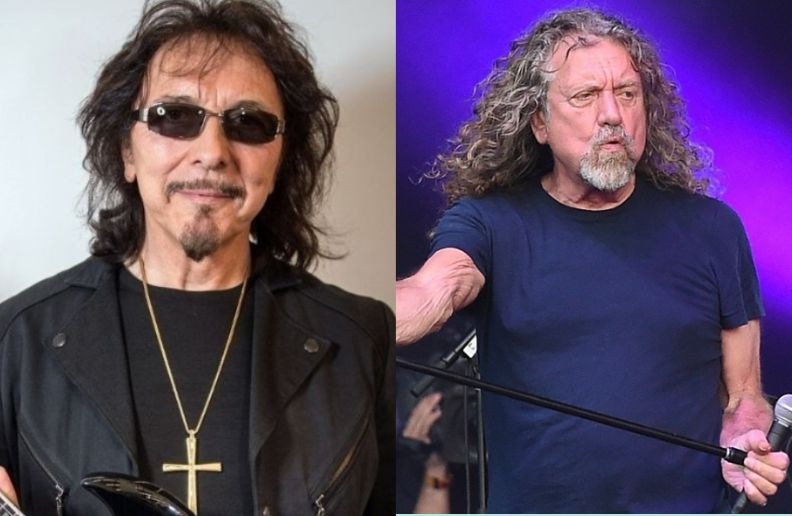 In an interview with Classic Rock Magazine, Tony Iommi said that Black Sabbath recorded an unexpected jam session with Led Zeppelin members in the time they were recording their classic studio album “Sabbath Bloody Sabbath”.

“We were really good mates with Led Zeppelin, especially Robert Plant and John Bonham who came from the Midlands. Zeppelin had wanted us to be on their label, Swan Song, but we couldn’t make it work out.

“During the recording of the ‘Sabbath Bloody Sabbath’ album, Zeppelin came into the studio for a jam. John wanted to play ‘Supernaut’ [from 1972’s ‘Vol 4’] but we jammed instead.

“We were in the middle of recording so it fucked up the session. I know that it was recorded, and I’d love to hear it. The tape must be around somewhere.”

A few years back, Iommi talked more about the jam:

“We knew Robert Plant and John Bonham from back in Birmingham. We had checked Robert out with his early bands, and he’d told us he was joining The Yardbirds. Then one day we were in this club in London called Blazes, and the DJ started playing this song.

“So I go up and said, ‘What’s the name of the band that’s playing? That’s fucking Robert Plant singing, he’s a big shot in Birmingham.’ And she goes, ‘It’s The Yardbirds, but they’ve just changed their name to Led Zeppelin.’ I was, like, ‘Fuck me!’

“When we were playing clubs, John would sometimes come along and he’d want to get up and jam. The first time we said, ‘OK then.’ So he got up and played Bill [Ward]’s drums and just wrecked them.

“Bill was really pissed off, so after that anytime John came along and said, ‘Can I have a go?’, Bill would go, ‘No’ and not let him play.”