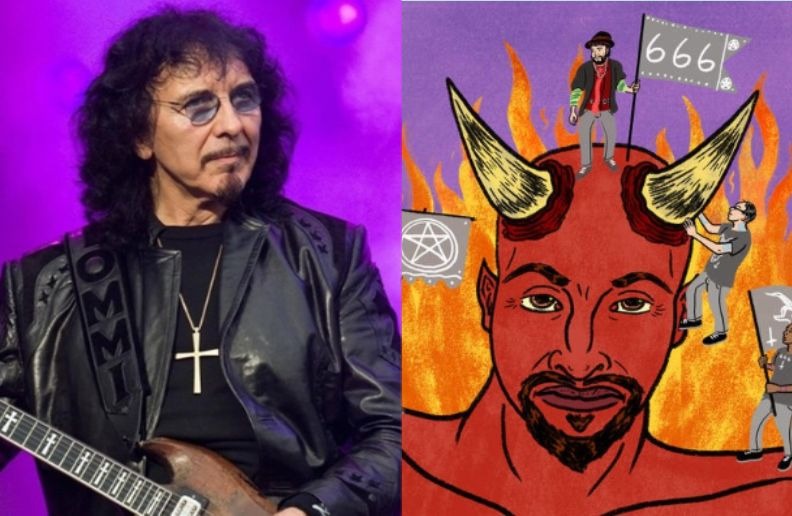 Black Sabbath legendary guitarist Tony Iommi revealed to Metal Hammer that was good for the band to be called satanist.

“It wasn’t nice to read the reviews,” Iommi admitted. “I didn’t mind if a reviewer said, ‘It’s not my cup of tea, but a lot of kids do like it.’ But they said that nobody liked us. That was a little upsetting.”

At the same time they were called Satanists:

“I think in one way it helped us,” Iommi recalled. “At one point we weren’t doing any interviews, so nobody knew much about us. I heard stories about people being frightened to meet us. But it created this thing, and people wanted to come and see what we were like. So the image was good and bad, really.”

Even though he and bassist Geezer Butler were interested in the occult, their experience extended to trying a Oiuja board, when they “frightened each other.” “We were young and learning and just trying to experience things,” he said.

“The most important thing is we believed in what we did, and that was the way life went for us, right from the beginning,” Iommi said.

“We had to get over a lot of fences, but we just forged ahead. It’s the only way you can do it. You can’t just fall apart because of what other people say. You’ve got to believe in what you do. And we certainly did.”