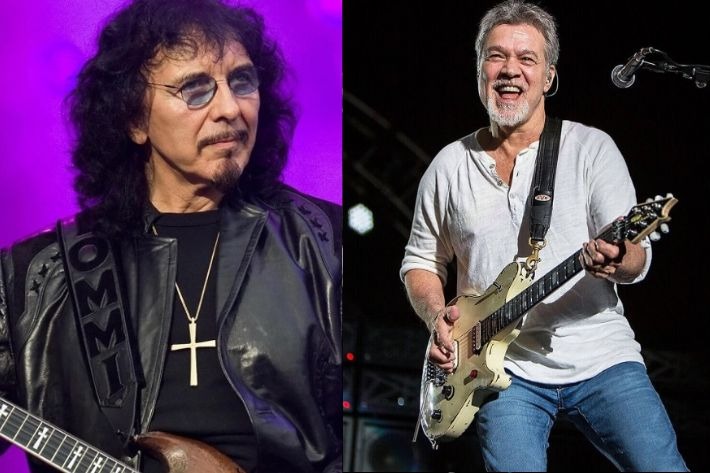 “It was really great and I had really good time. They were with us for eight months.

“I struck up a really great relationship with Eddie and I still stay in touch with him and I see him when I’m in LA. If he’s here, he’ll come and see me. 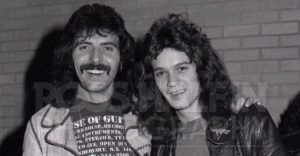 “Brilliant, great guitar player and somebody who’s done a lot for music.”

What happens when you meet Eddie Van Halen? Do you have a chat or do you show guitars to each other?

“I couldn’t do what he does. He’s very technical, he does all the tapping. But one time he came over and we got to play together. He wanted to play…

“And he said, ‘I’ve been playing it like this all these years. And, of course, I showed him how to play it. I didn’t ask him how he played any of his because I wouldn’t be able to do it. [Laughs]”

“You know, these relationships we struck up from those tours lasted all these years. He’s one of my best friends. And Brian May, of course. So it was great touring together.

“And basically they were new on the block, and they learned a lot from us. On the side of the stage every night, watching what to get the crowd going, drum solos and all that.

“Towards the end of the tour, they were basically doing exactly the same as us. They were doing the guitar solos, then the drum solos. And one night I said to Eddie, ‘Hey Eddie, are you gonna play a couple of tracks off our new album tomorrow?’ [Laughs]

“And I took him in my room and I said, ‘You can’t be doing the same sort of thing on the same show. When you do your own shows, do it.’ And we’ve been friends ever since then.”