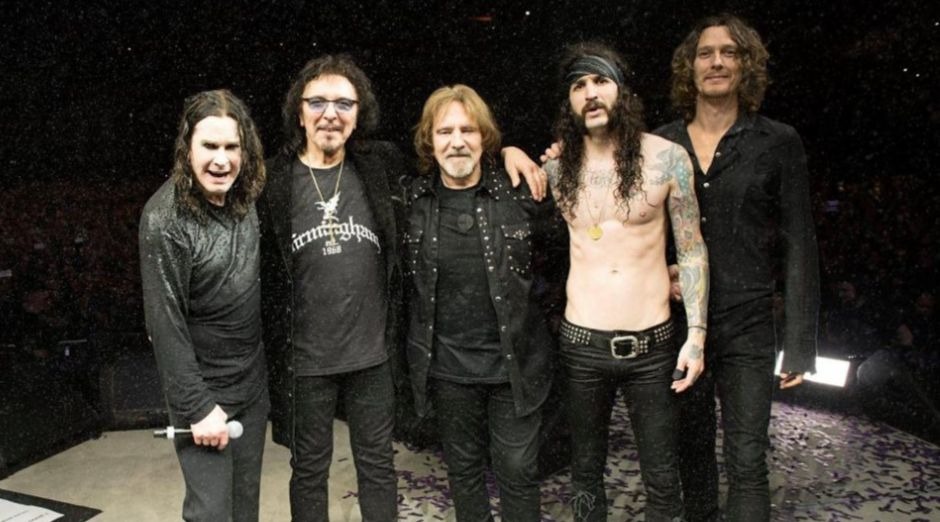 Black Sabbath finished their reunion tour in 2017 with a final show in their hometown in Birmingham, England. Since then all the members are questioned if someday the band can reunite again. In an recent interview on Trunk Nation, guitarist Tony Iommi said he would like to play again with the band and talked about new solo material he is working on.

“I think that it would be good – if we could do that. The hard thing is, certainly with Sabbath ’cause it’s such a big thing, you can’t just do an occasional show – because of the crew, and you have the whole setup. It would have to be a year or an 18-month tour. I’m not opposed to doing anything, I just would do it in a different way.”

“Every night, I play and put something down. But funnily enough, I was due to be working now with my engineer – but of course, you can’t have anybody in your house because of the lockdown – which is Mike Exeter, who I’ve used for years.”

“He’d done the Sabbath stuff with us, and whatever. And we’d planned, we got it in the book to come over and start putting some of the things I’ve got here down, ’cause I’ve got so much stuff. I just wanna get the thing down now.”

“So that was the original plan and, of course, it went pear-shaped. And I spoke to him today, funnily enough, and we thought maybe we might try this week and do it with Zoom over the internet. He can record me somehow. But hopefully, when it all clears up, we’ll definitely be starting.”

“Well, there’s nothing actually set in stone. I’ve got a few ideas and a couple of big things that could happen, but what my plan is at the moment is just to… when I say ‘put it down,’ a lot of my stuff I actually do record on a phone.

“And I put the idea down just on an acoustic or an electric guitar – just quickly I put the ideas down, and I have them copied onto a CD. I’m still into CDs, I’m not too technical.

“And what the plan is when I say, ‘Put it down,’ I wanna then get Mike out and we’re gonna start putting down some drums and bass and then do a guitar so we can make it sort of like a proper band, really, and then decide who I’m gonna work with on it.

“I just wanna have something to present to whoever I’m gonna be working with. Or if not, at least have something that sounds reasonably good. I’ve got so many things down on CD that I’ve done in the past. When we were doing [Black Sabbath’s final album, 2013’s] ’13’ album, I wrote most of those ideas before we ever started.

“When I presented them to the rest of the guys, I had three or four CDs full of just riffs, and I played them to the other guys and then we picked out which ones they liked and then we’d sort of work on the format with them.

“But most of the stuff I’ve done like that. And I’ve got so many more that I’d like to use. But I tend to sort of don’t go back on them – I’ll do ’em and put ’em away, cause I keep coming up with new ideas.

“But I need to now. And I should take the opportunity now while I’ve gotta stay in the house of looking back over them and seeing what I’ve got. But there’s so much stuff. I mean, I’ve got stuff that goes back for years.”