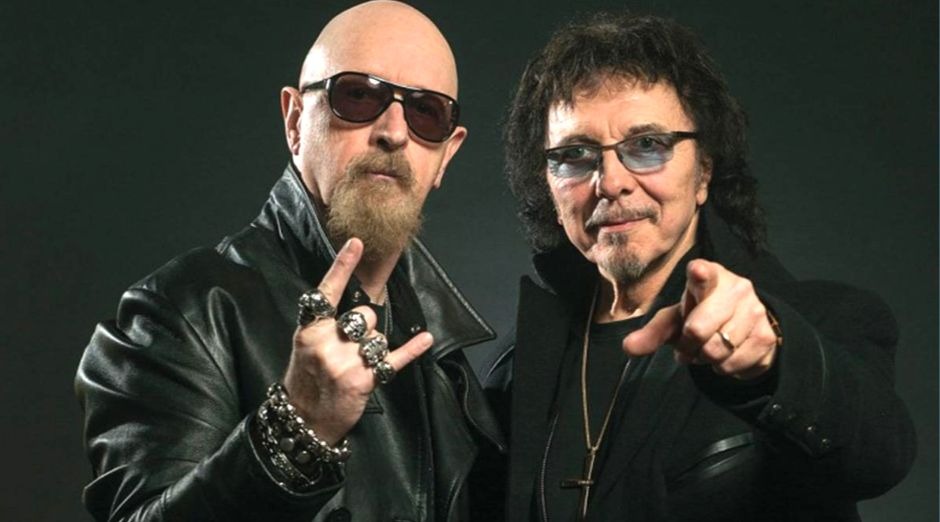 Tony Iommi had a conversation with Judas Priest guitarist Richie Faulkner hosted by Gibson and he recalled when Rob Halford was Black Sabbath vocalist twice.

The first occasion was in 1992 when Ozzy Osbourne was on his first farewell tour “No More Tours”. Black Sabbath was booked as the madman opening band, but Ronnie James Dio, that was the band’s vocalist at the time took that as an insult and left the band. Therefore, Rob Halford was called to substitute Dio on that concert. Halford had left Judas Priest months before and was in the beginning of his solo career.

The second time Rob Halford was Black Sabbath vocalist was in 2004. Black Sabbath was reuniting at Ozzfest but Ozzy was diagnosed with bronchitis, preventing him from doing the show. Tony Iommi then called Judas Priest vocalist.

(Richie Faulkner): I actually spoke to Rob the other day. And I said, ‘I’m seeing Tony in a couple of days, I’m super excited. Do you want to ask him anything?’ And I thought he’d ask about something like an old memory… he did two shows with you guys?

Tony Iommi: “Yeah, he did the show when Ozzy was supposedly retiring [in 1992]. And we’ve done a couple of songs and Rob sang. Well, he actually sang with us as well another time [in 2004], so he’s done two separate things with us.

“I said, ‘Well, if you ask Rob…’ They went, ‘No, but we thought we’d ask you first.’ I said, ‘Great, but as long as somebody goes out and tells them that Ozzy’s not gonna be there,’ because it’s not fair on Rob, and that’s sort of how that started. And we’ve done a great job.”

He [Rob] asked me to ask you, and I was surprised by this. Again, I thought he’d ask you something based on the history. Or a story that he’d remind you about, but he asked me about how many times have you changed guitar gauge on the strings throughout your career.

Tony Iommi: “After my accident, I was making my own sets up because you couldn’t buy different-gauge strings then, and I couldn’t play the heavy stuff. I still can’t bend the strings, they hurt.

“So I came up with making a light set of strings. Using banjo strings as the firsts and then dropping them down. So I’d end up with the fifth string would be a sixth and made up a light-gauge set, and then I approached different companies that said I’ve gone mad.

“You know. ‘That would never work.’ I said, ‘It does work, I use it.’ ‘No, no, we’re not interested.’ Then eventually, one company said, ‘We’ll do them, we’ll make a light-gauge set, make your own set.’ And of course, they did, and they worked.

“And then a while afterward, everybody started making the bloody light-gauge strings, so that was the first initial one.

“I did use heavier ones depending on what songs we put in the set because if it was tuned down. I wanted to use a heavier set. But it still had to be flexible enough for me to be able to bend them. Because it wasn’t a lot before I could do it. And then I can’t, it’s hard to bend them. And you have to be careful with the tips because it’ll damage and rip them off.”

From that, almost like a limitation, that’s where you find your strengths and you create something new. Where everything is readily available, it doesn’t seem to be that same sort of experimentation and drive to get your own thing out of it.

“No, because everybody else is. They go to all these companies that are coming up with all these things for you. ‘This is the new one, this is new – and that’s new.’ So you don’t have a thing to invent anything, but where do you go with it?

“I remember with Laney, when we’ve done the amps. And then i told you about this treble booster that I had – I went to Laney and said, ‘Can we build something like this in the amp?’, and they said ‘Why would you want to do that for? It’s sort of distorted, you don’t want to distort it, you want a clean sound.’

“I said, ‘No, no, I want it distorted.’ ‘No, no, that’s not gonna sell.’ That went on for a year or so, and then a couple of years they came to me and said, ‘That idea of building…’, and they did it, and I eventually built it.

“It was hard-going because you had to prove it. And prove it before anybody would sort of get a grip and say, ‘Oh yeah, that’s a good idea.'”

It’s like Eddie Van Halen when he put the humbucker in the single-coil. He liked the Start, but they didn’t make it like that, so he stuck it in there himself. Later on down the road, that becomes the standard.

“Absolutely. That’s the thing with Eddie, he was innovative. There’s some of the stuff he’s come up – and I’ll always remember because they toured with us for eight months when they first started – it was really different.

“I’d go, ‘Blimey, he’s bloody good.’ And he developed a technique and went on and on with it the way he does it, and he was always fiddling about with his guitar and changing this and changing that.

“And he still does, he still does come up with ideas for the guitar. You need people like that, but then you’ve got the companies that put the money to develop just stuff to put out to sell, really.”