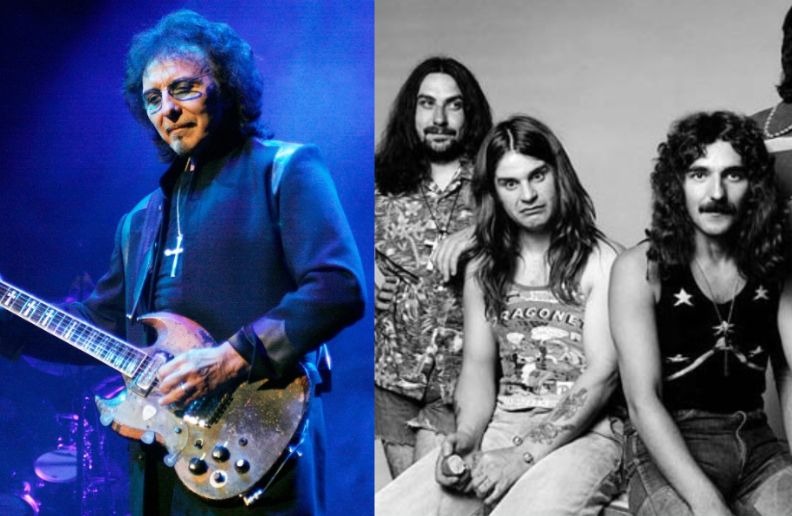 In an interview with Metal Hammer, the legendary riffmaster Tony Iommi talked about the first Black Sabbath years and he remembered some of the firsts shows. The metal god Rob Halford was also in the talk and share his thoughts

“We had to go to Europe to break it. We played in Hamburg and Switzerland, doing seven 45-minute spots every day.

“And there would be two people in – one of them was a hooker and the other a nutcase. We lasted about a day before the owners came up and said, ‘Stop that bloody racket!'”

“But those are great memories. At the time, it’s shit, but when you look back, it’s some of the best times of your lives. You’re a bunch of guys having a great time, playing your music.”

Was there a point where you thought, ‘Right lads, we’ve done it – we’re famous’?

Tony: “For us, it was when the [1970] ‘Paranoid’ single came out and we were on Top of the Pops. Nobody would play you on the radio. And journalists didn’t like us. We were hated. [Radio 1 DJ] Tony Blackburn hated the sight of us and he had to announce us on Top of the Pops. It must have killed him.”

Rob: “I remember the day the postman delivered a copy of Priest’s first ever album, [1974’s] ‘Rocka Rolla.’ The record label would only give us one album each. I was still living with my mum and dad back then, and I remember signing for the package and taking it up to my bedroom and going, ‘This is it! It’s all gonna happen!’ [Laughs] Little did I realize that there would be another 10 years’ slog before it got to a really important place.”