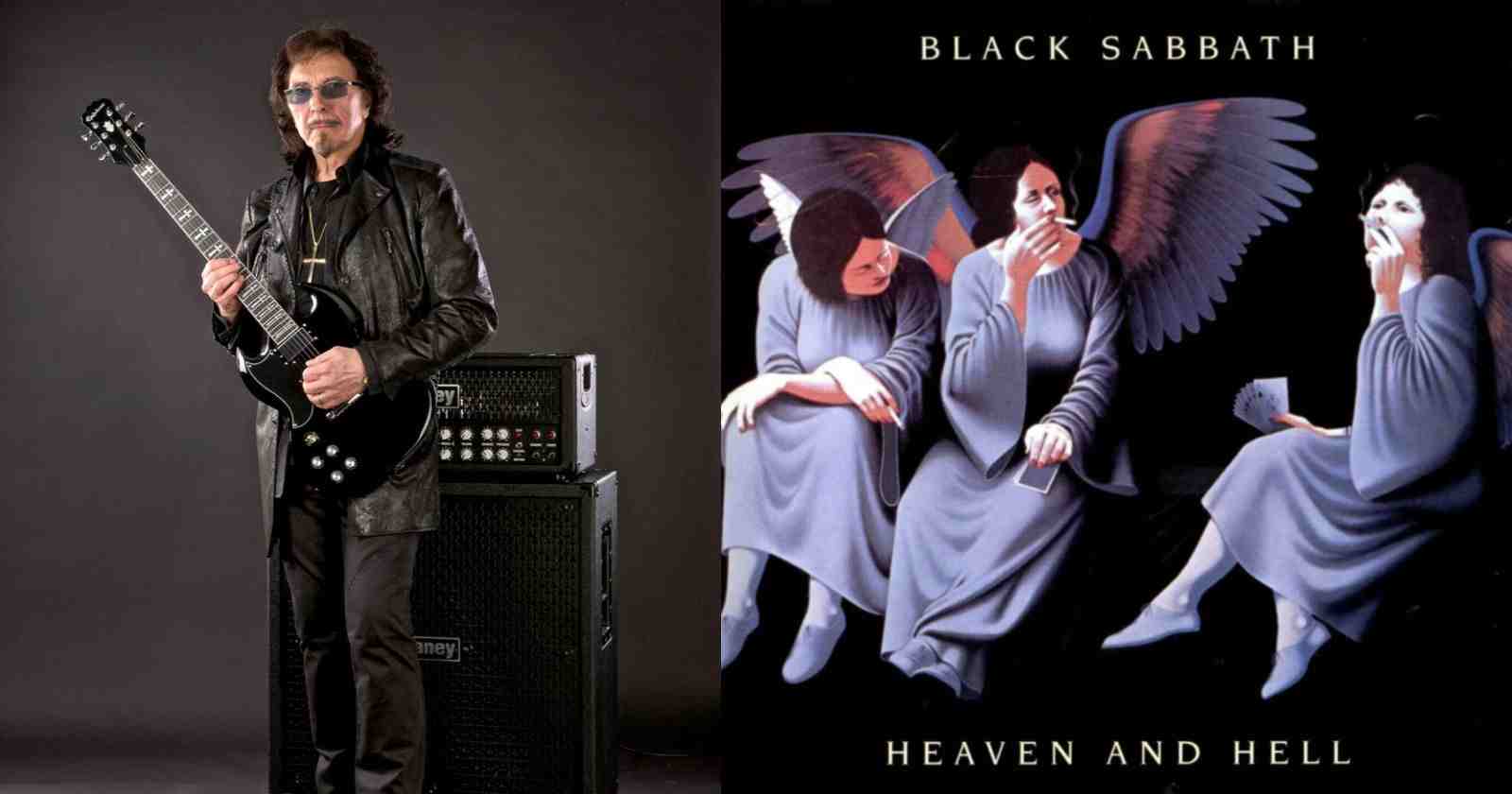 Black Sabbath guitarist Tony Iommi recalled in an interview with Consequence Of Sound how he created the legendary riff for “Heaven & Hell”, the band’s most famous song with singer Ronnie James Dio.

Tony Iommi recalls how he created the riff for “Heaven & Hell”:

“When we were in Los Angeles, we rented a house, first of all, with Ozzy. And then when it went all pear-shaped, Ozzy left and we had the gear set up in one of the lounges of the house. And we had little tape machines, small amplifiers, and a small drum kit – so it wouldn’t be too loud, because of the neighbors.”

“I think we were just jamming around, and Ronnie … at that point, when we came up with “Heaven and Hell,” Geezer wasn’t with us. Geezer had to leave for a while, while he had some personal problems. We didn’t want to bring a bass player in to join the band, so Ronnie played bass for a bit, and then I brought a friend in from Birmingham, just to stand in, to play anything, really – guitar, bass, whatever.”

“So, that’s how we came up with that riff. It’s just the initial [sings the repetitive bass part when the vocals first start], then I put a riff to it, and it took form from there – we built it up like we built everything else up. Literally, we came up with that riff, and then it goes into the other riffs. But we left a lot of gaps, so Ronnie could sing. It all depends what you put next to what they’re going to sing. And what Ronnie was singing went great, so I knew where to go for the next part of it.”