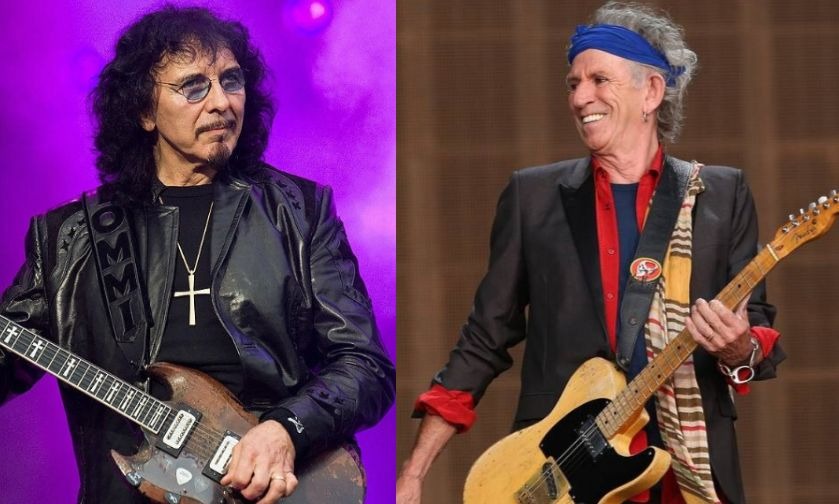 Guitarist Tony Iommi spoke in a interview to The Herald about the death of several rock idols in recent years. During the same interview, he noted that he was impressed by the fact that Rolling Stones guitarist Keith Richards is still alive.

Initially, Iommi was asked about why some musicians are still alive, even with so many drug and alcohol abuses, while others do not. “I’ve seen so many of my friends or people in the industry who have used drugs and died, from John Bonham (Led Zeppelin) onwards.” John was a good friend, and I saw other friends walking along similar paths. ”

The musician highlighted the reasons why people in the music scene get involved with alcohol and drugs and cited the cases of Keith Richards and Lemmy Kilmister (Motörhead).

“I don’t know. I’ve seen so many of my friends or people in the business who have done drugs and whatever else and died, from John Bonham onwards. John was a good friend. I’ve seen other friends go a similar way through drugs and alcohol abuse.”

“You get lonely. You get bored in the hotel so you try to find something to do to be somewhere else. We saw it with Lemmy. He was the epitome of rock and roll. He was the one who would burn the candle at both ends all the time but at some point you’ve got to look at it and say, ‘I can’t do that any more.’”

Or the decision is taken out of your hands. “Absolutely, yeah. Even with Keith Richards, I’m amazed he’s still pottering on. I take my hat off to him.”

Iommi abused drugs and alcohol for decades, but managed to overcome the addiction. Recently, he also had to deal with a lymphoma, which is in the process of remission. “When I was married before … the music takes over and you stay in the studio all night, or on tour, and it’s always been the love of my life. their marriage is lost, but now I’m very happy, “said the musician, currently married to Maria Sjöholm (former lead singer of Drain Sth).