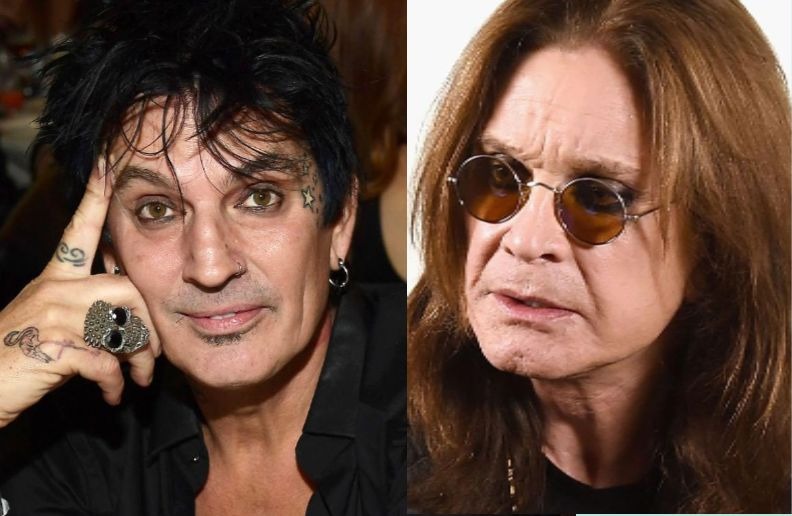 In an interview with SiriusXM, Motley Crue’s drummer Tommy Lee told the story about when Ozzy Osbourne did the number two on a room flor and did some art with it on the walls of the hotel.

“Let me just [tell] you something. For some reason, that day, I don’t know why but for some reason somebody made me responsible for him [Ozzy].

“The tour manager’s like, I can’t fucking deal with him, fuck him. Here’s his room key, fuck off!’

“And I was, like, ‘Uhhh…’. I’m the youngest member of the band and I’m Ozzy’s tour manager.. … Mind you, we’re at the Four Seasons, like, some four- or five-star resort. You know, it’s one of those places where this is all not cool.”

“So after [everything Ozzy had done], snorting ants, all the shit, I’m, like, ‘Ozzy, let’s go to bed. Time to go night night.’

“He’s, like, ‘Alright mate!’. So we get into the elevator and he pulls his pants down and starts to take a shit! In the fucking elevator! I’m, like, ‘No, dude no! There’s people in here!’

“And he’s, like, ‘Okay, mate!’. He pulls his fucking pants up, we get to the floor and I’m, like, ‘Okay, here’s your room, buddy!’ I opened the door, pushed him the fuck into his room and Ozzy’s, like, ‘No, you’re not going anywhere, mate!’

“I was, like, ‘What?’. Then he just pulls his pants down again, shits on the floor, taking it and making art on the fucking walls.