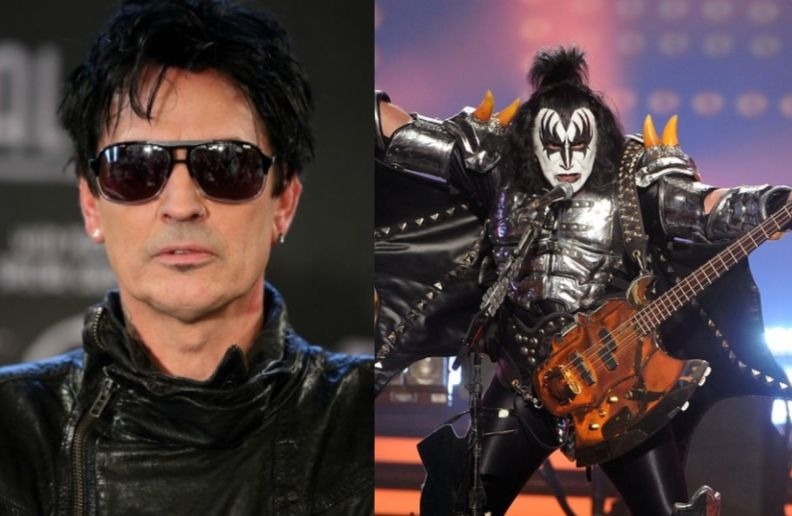 Tommy Lee said that part of the art direction of the Kiss stage, on his farewell tour, “End Of The Road” “looks identical” to the one one used by Mötley Crue on their farewell tour.

The drummer tweeted a video of the KISS presentation. In the clip, Gene Simmons and Tommy Thayer are carried by two giant cranes at the ending of “Rock And Roll All Nite”.

Tommy has already hinted that another artist has borrowed the stage design of his band. In November of last year, he threatened to sue the rapper Travis Scott, after the guy included a roller coaster in the performances. The rapper’s lawyer replied that Tommy Lee is not the inventor of the roller coaster.

The first leg of their farewell tour began on July 2, 2014 in Grand Rapids, Michigan and concluded on November 22, 2014 in Spokane, Washington. The band further announced more dates for the second and final leg of the tour, which started February 11, 2015 in Kobe, Japan, and ended with three concerts at Staples Center in the band’s hometown of Los Angeles on December 28, 30 and 31, 2015. The Tour was kicked off by a drum solo by Producer Joe of the FreeBeer & Hotwings show.