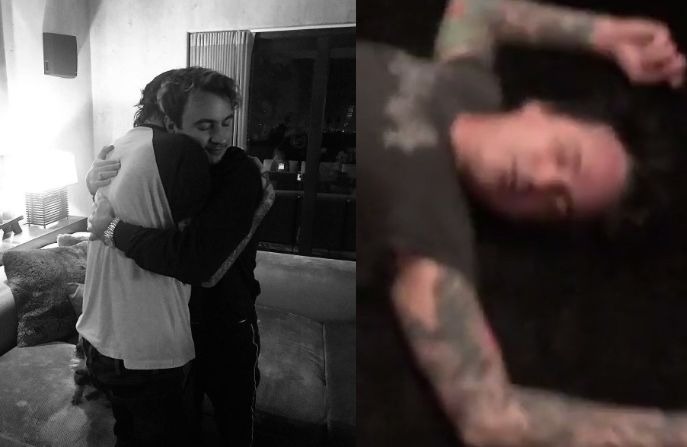 The legendary Mötley Crüe drummer, Tommy Lee made peace with his son with Pamela Anderson, Brandon Lee a few months after a fight they had regarding Pamela. Brandon knocked his dad out in the fight.

The drummer shared a photo that shows the two embracing and said “I Love You Son”. Brandon also posted a video with Tommy in the studio.

I love you son @brandonThomasLee

It’s not clear how they reconciled but it is a surprise, since the fight had physical attack and after that they threatened each other on social networks.

Back in march Mötley Crue drummer Tommy Lee posted a photo on his social networks saying he was beaten by his 21-year-old son, Brandon, as a result of his marriage to Pamela Anderson.

“My heart is broken. You can give your children everything they want in life and they can still turn against you, “said Tommy. 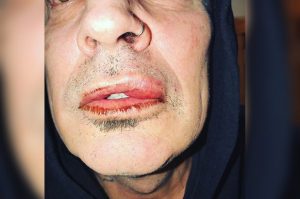 The fight would have taken place the night of last Monday. The police were called but no one was arrested. Tommy was taken to the hospital.

The drummer’s son claimed to have acted in self-defense and that his father was drunk. Cops launched a battery investigation after the incident, but the case was ultimately rejected by the D.A. because Tommy chose not to cooperate.

The adaptation of Mötley Crüe’s biography, The Dirt – Confessions Of The World’s Most Notorious Rock Band, will be released on March 22, 2019. The film, directed by Jeff Tremaine of Jackass, was purchased by Netflix.