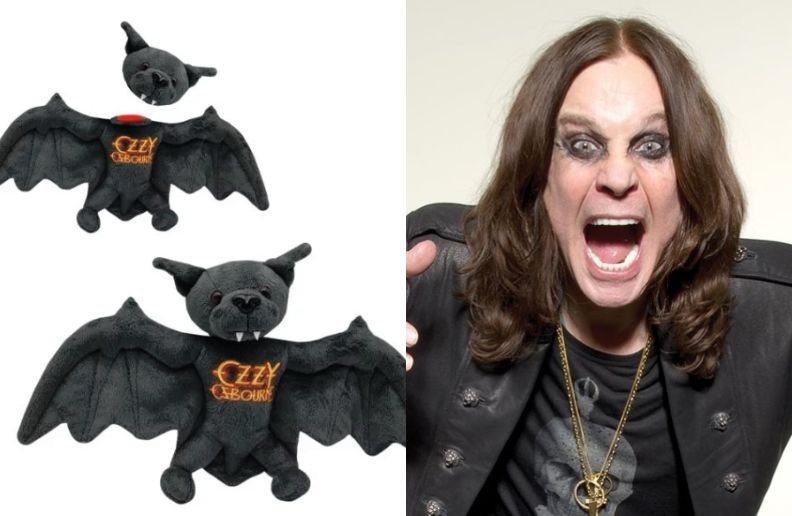 To “celebrate” the 37-year anniversary of the famous incident that took place during a concert held at the Veterans Memorial Auditorium in Des Moines, Iowa, on January 20, 1982, when Ozzy bit a bat’s head, a shaped plush doll is being sell by the madman. The bat comes with the Ozzy logo and can have your head ripped out and replaced by a velcro mechanism. 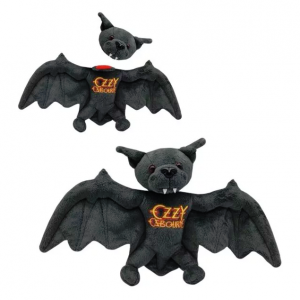 In 2008, Ozzy described to the British newspaper The Times the famous incident of the bat: “He must have been totally confused by the lights and noise.I thought it was a toy because he was completely stopped.I put it inside my mouth and then he started flapping his wings, and it scared me, I tried to get him out of my mouth quickly, and his head parted from his body, it was kind of hot and crispy, like a McDonald’s.”

Rolling Stone magazine in 2004 ranked this incident number two on its list of “Rock’s Wildest Myths”. While the Rolling Stone article stated the bat was alive, 17-year-old Mark Neal who threw it onto the stage said it was brought to the show dead. According to Osbourne in the booklet to the 2002 edition of Diary of a Madman, the bat was not only alive but managed to bite him, resulting in Osbourne being treated for rabies.