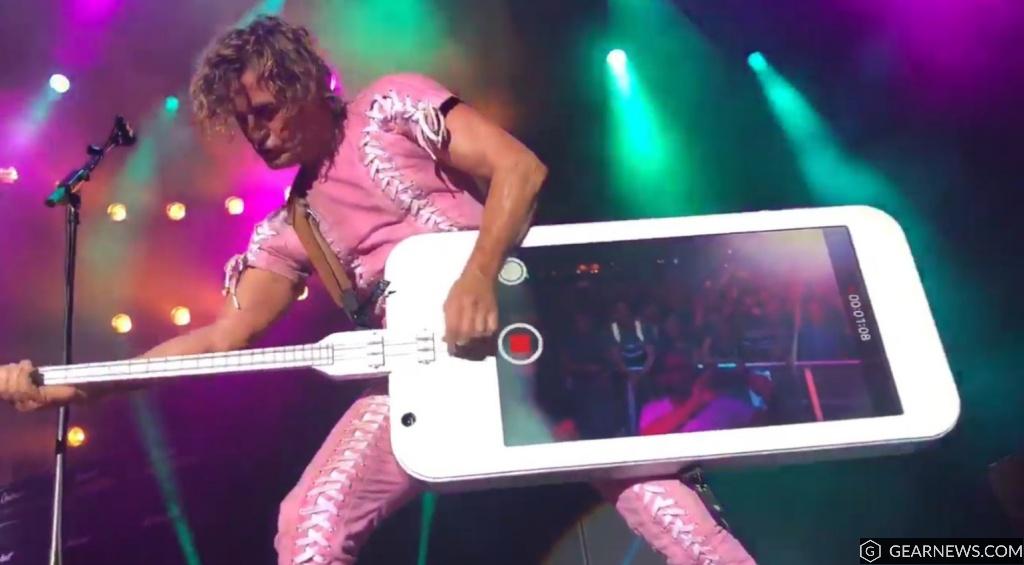 Stig Pedersen is a bass player and lead singer for the band D-A-D and innovated by appearing with a two-string bass and in the form of a giant iPhone. That’s what you read. The cell phone is still (almost) functional, having a real screen and a front camera that is filming the audience.

group began in the early 1980s and launched their biggest hit, No Fuel Left for the Pilgrims in 1989. Members are known for wearing flamboyant clothes, quirky stage decorations and acting just as crazy in the performances.

Another video, which you watch below, shows the band’s guitar player playing hanging upside down.

Development of what was to become the iPhone began in 2004, when Apple started to gather a team of 1,000 employees (including Jonathan Ive, the designer behind the iMac and iPod) to work on the highly confidential “Project Purple.”Apple CEO Steve Jobs steered the original focus away from a tablet (which Apple eventually revisited in the form of the iPad) towards a phone. Apple created the device during a secretive collaboration with Cingular Wireless (which became AT&T Mobility) at the time—at an estimated development cost of US$150 million over thirty months.

According to Steve Jobs, the “i” word in “iMac” (and therefore “iPod”, “iPhone” and “iPad”) stands for internet, individual, instruct, inform, and inspire.

Apple rejected the “design by committee” approach that had yielded the Motorola ROKR E1, a largely unsuccessful collaboration with Motorola. Among other deficiencies, the ROKR E1’s firmware limited storage to only 100 iTunes songs to avoid competing with Apple’s iPod nano.