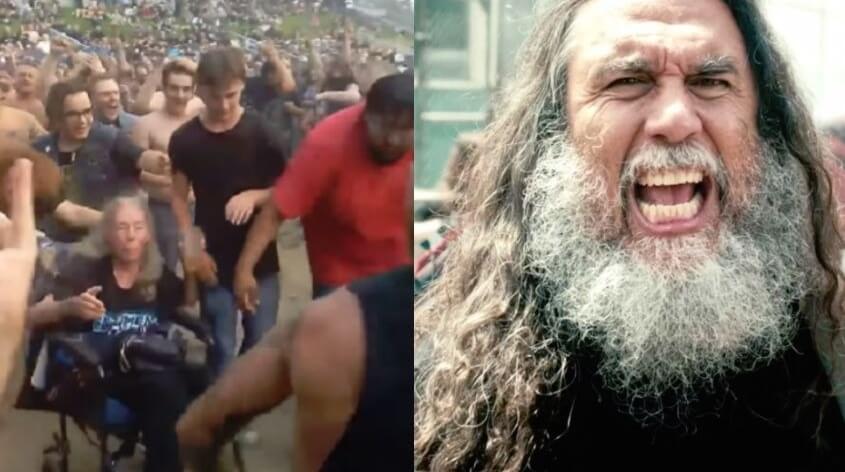 Slayer is currently on their farewell tour and because of that their concerts are becoming bigger and bigger. This guy in the video below, took his mother-in-law in a wheelchair to the show and ended up inside the mosh pit.

This concert was in Nampa, Idaho, on august 21. The video was recently shared by ViralHog on Youtube.

Read what he said about that:

“I took my mother-in-law to the Slayer farewell tour as she is an old metal head. She had never in all her years been into a mosh pit. I feel everyone should experience it at least once, so I took her in her wheelchair and asked a couple of big guys to help me keep her safe and off we went. She had the best time of her life.”