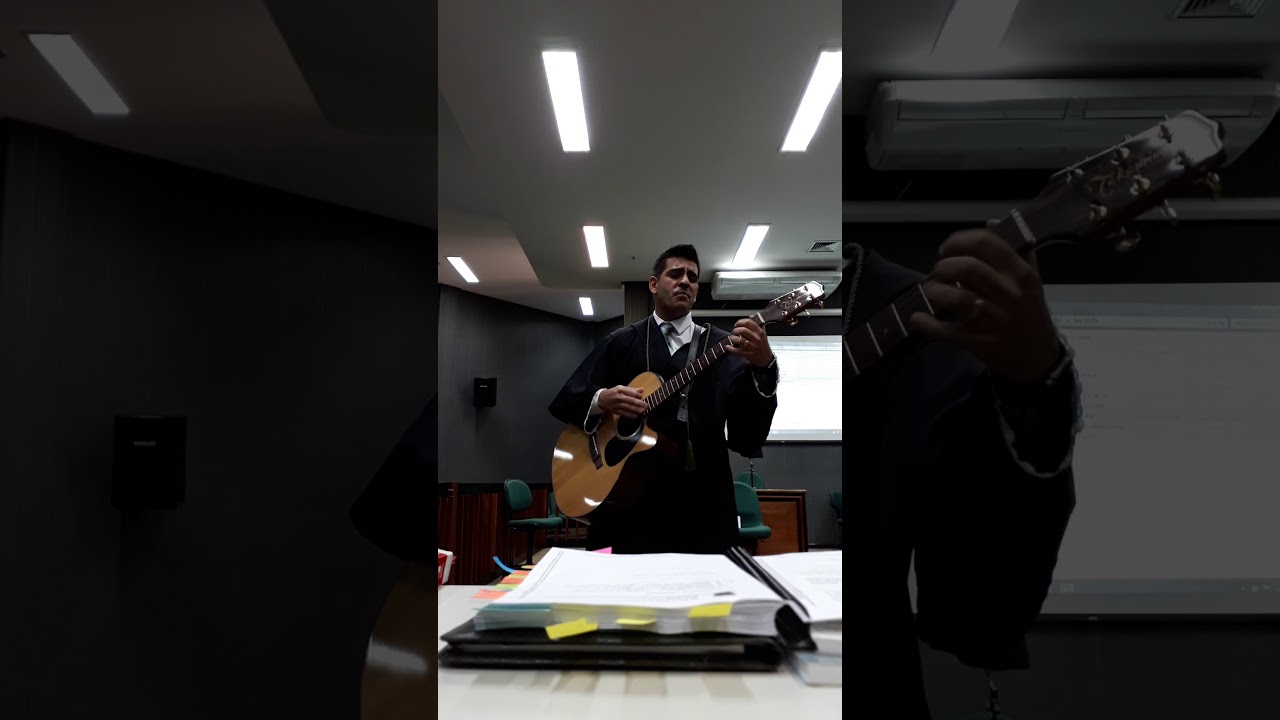 According to Luan, he would have suffered an attempted murder that killed his brother and, in revenge, killed the perpetrator of the crime in 2014.

To try to convince the jury that Luan did not deserve to be arrested, he took out a guitar and started playing The Rappa’s (Brazilian band) version for Jimi Hendrix’s”Hey Joe”.

The defender recorded his own performance and made available on YouTube, but the tactic did not work: Luan was sentenced to 13 years in prison.

In the video description, it says the following:

Public Defender plays guitar and sings music from the band O Rappa in the plenary of the Court of the Jury. Reflections on the cycle of violence and the prejudice that is generated from a false perception of social facts.