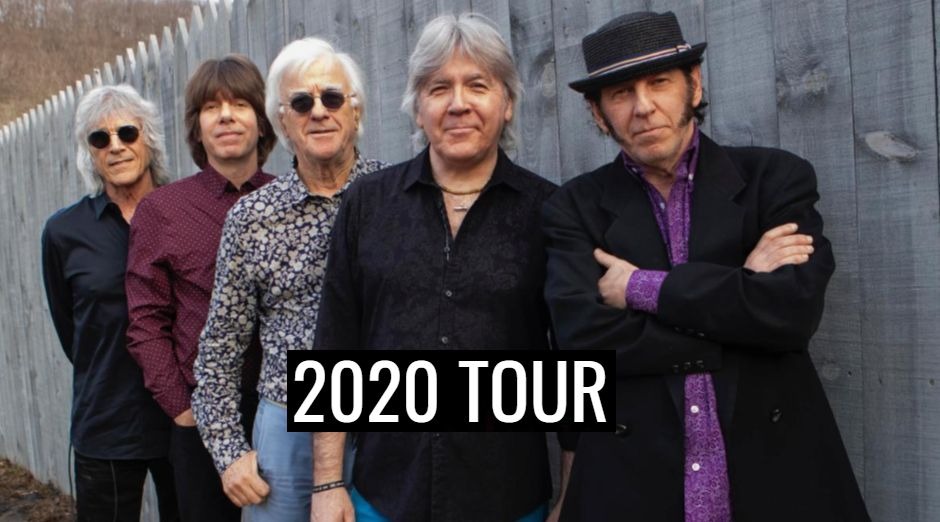 The Yardbirds, one of the most important bands of all time is back on the road in 2020. The group that had Jimmy Page, Jeff Beck and Eric Clapton as guitarists is formed nowadays by Jim McCarty (Drums, percussion, backing vocals) that is the only original member, John Idan (Lead vocals), Kenny Aaronson (Bass), Myke Scavone (Harmonica, percussion) and Godfrey Townsend (Lead guitar).

All The Yardbirds 2020 tour dates

The Yardbirds is one of the most important blues-rock bands in England in the 60s. In addition to the quality of his work, he became famous for having had three of the best guitarists of all time in his formation, successively Eric Clapton, Jeff Beck and Jimmy Page. The group started in London in 1963, but only became known when Clapton joined the band.

At this time, according to Eric Clapton himself on the solo guitar, there were five members who made up the group: Keith Relf on vocals Chris Dreja on the base guitar, Paul Samwell-smith on Bass and Jim McCarty on Drums

Continue Reading
You may also like...
Related Topics:CLASSIC ROCK, Featured, news, the yardbirds