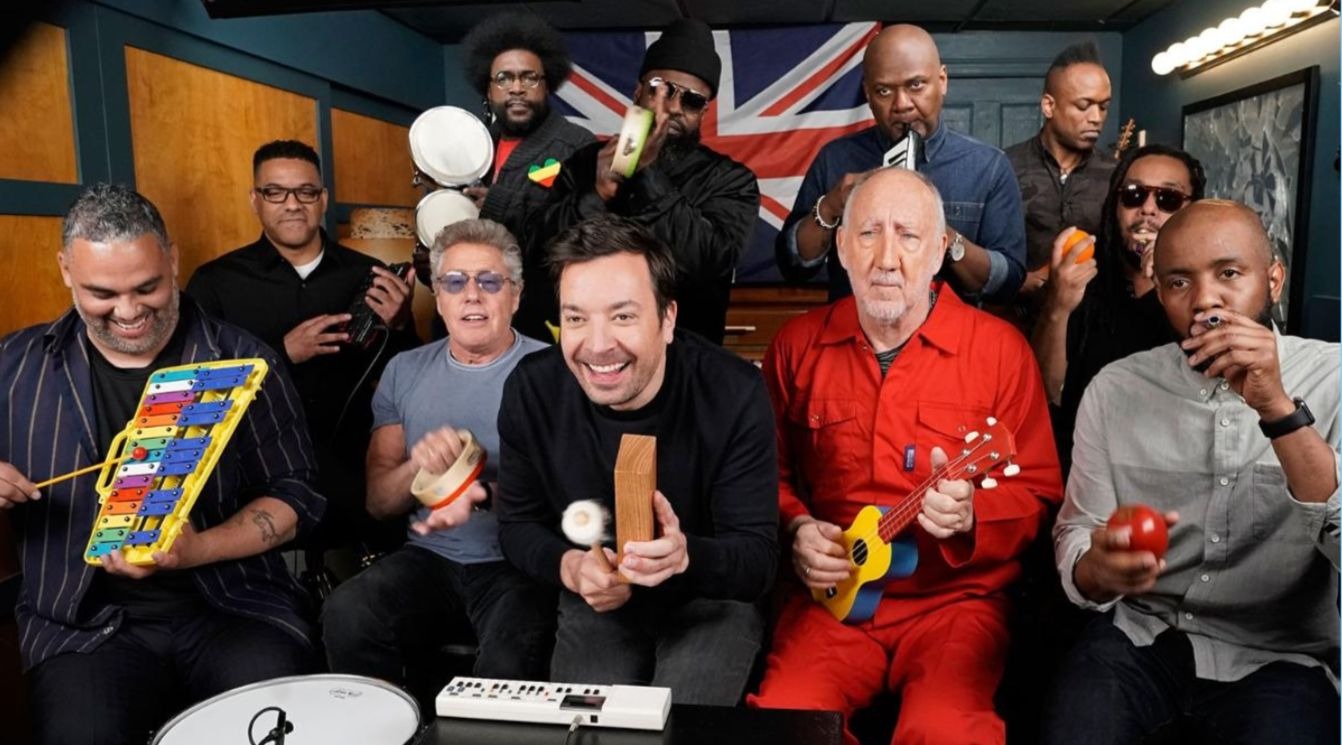 The Who went to the talk show presented by Jimmy Fallon, The Tonight Show and played one of their biggest classics “Won’t Get Fooled Again” with toy instruments with the shows’ band The Roots.

“Won’t Get Fooled Again” is a song by the Who, written by Pete Townshend. It was released as a single in June 1971, reaching the top 10 in the UK, while the full eight-and-a-half-minute version appears as the final track on the band’s 1971 album Who’s Next, released that August.

Townshend wrote the song as a closing number of the Lifehouse project, and the lyrics criticise revolution and power. To symbolise the spiritual connection he had found in music via the works of Meher Baba and Inayat Khan, he programmed a mixture of human traits into a synthesizer and used it as the main backing instrument throughout the song.

The Who tried recording the song in New York in March 1971, but re-recorded a superior take at Stargroves the next month using the synthesizer from Townshend’s original demo. Ultimately, Lifehouse as a project was abandoned in favour of Who’s Next, a straightforward album, where it also became the closing track. It has been performed as a staple of the band’s setlist since 1971, often as the set closer, and was the last song drummer Keith Moon played live with the band.