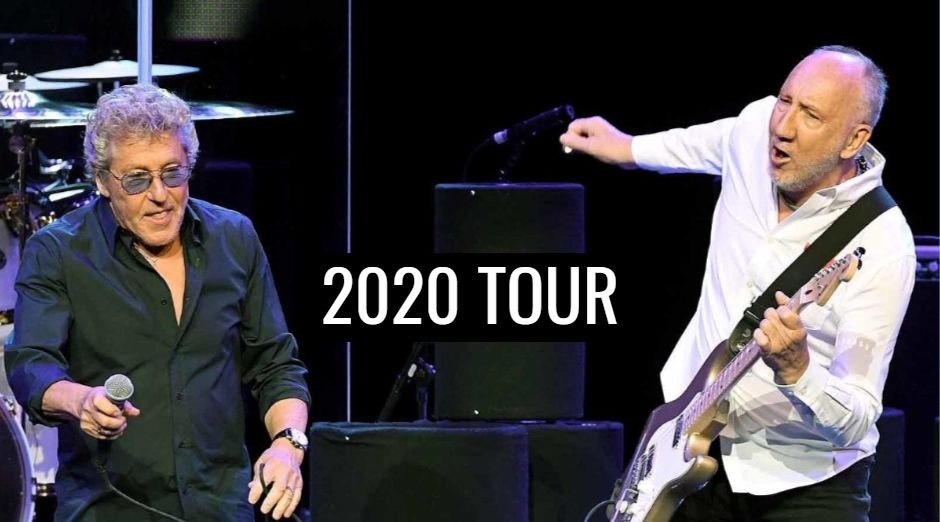 The Who is back on the road in 202o to promote their new album Who. The band consists in Roger Daltrey (Vocals), Pete Townshend (Guitar and vocals), Zak Starkey (Drums), Simon Townshend (Guitar, backing vocals), Loren Gold (Keyboards), Jon Button (Bass).

The band will perform in England, Scotland, Wales and United States.

More dates can be announced

Hear the Who’s new song “All This Music Must Fade”:

In an interview, Pete Townshend talked about the song:

“Music is dedicated to every artist who has been accused of copying someone’s work. Oh really? Our musical palette is so limited in the 21st century even without some idiot claiming to have invented a similar string scheme.”

Hear The Who’s “I Don’t Wanna Get Wise”:

[It was written] in a mid-70s style, like it was from a record like “Who By Numbers.” Warning: do not get old. You can be wise.”

The proposal was successfully achieved, as the song really seems to have come straight out of the 70’s. The unmistakable Roger Daltrey brings yet another great performance.

Continue Reading
You may also like...
Related Topics:Featured, news, pete townshend, roger daltrey, the who

Where is John Deacon, Queen’s recluse bassist
The Who releases new song “I Don’t Wanna Get Wise”
To Top