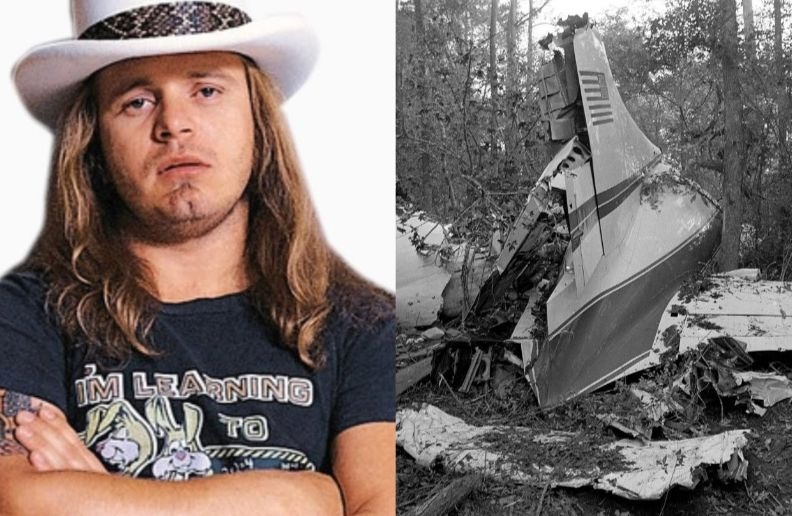 One of the biggest rock bands of all time, Lynyrd Skynyrd made history in the 70s with amazing albums that gave us great tunes like “Sweet Home Alabama” and “Free Bird” that became rock anthems.

But the band had a tragic chance when a plane crash killed almost the whole band.

After they performed at the Greenville Memorial Auditorium in Greenville, South Carolina, on October 20, 1977, the band went on a chartered Convair CV-240 bound for Baton Rouge, Louisiana, where they were scheduled to appear at LSU the following night.

The plane run out of fuel and the pilots attempted an emergency landing before they crashed in a heavily forested area five miles northeast of Gillsburg, Mississippi.

The accident happened after just three of the release of Street Survivors. Following the crash and the ensuing press, Street Survivors became the band’s second platinum album and reached No. 5 on the U.S. album chart. The single “What’s Your Name” reached No. 13 on the single charts in 1978. The original cover sleeve for Street Survivors had featured a photograph of the band engulfed in flames, with Steve Gaines nearly obscured by fire. Out of respect for the deceased (and at the request of Teresa Gaines, Steve’s widow), MCA Records withdrew the original cover and replaced it with the album’s back photo, a similar image of the band against a simple black background. Thirty years later, for the deluxe CD version of Street Survivors, the original “flames” cover was restored.