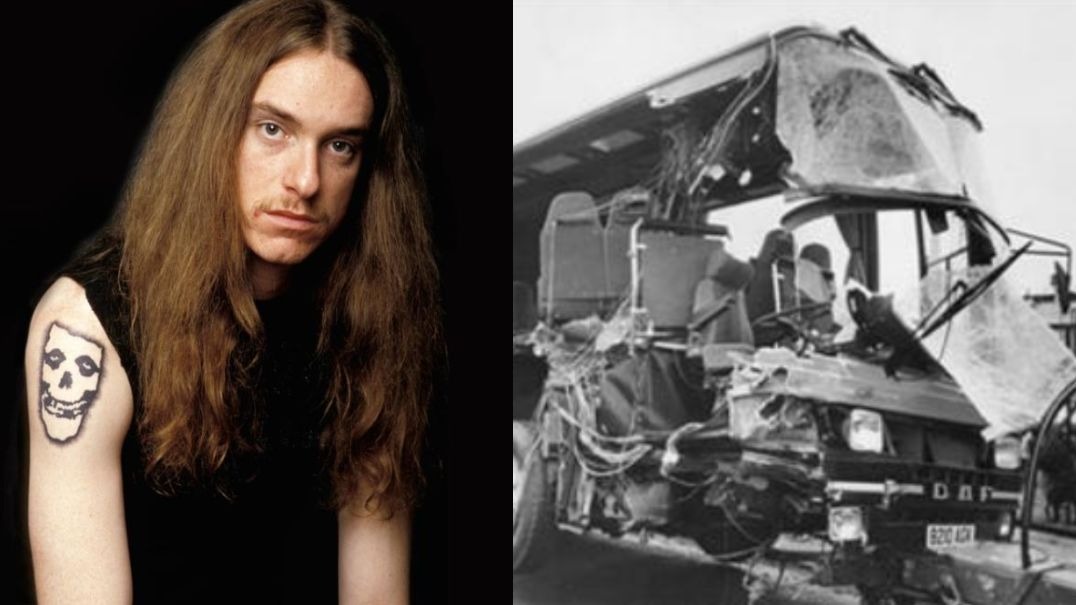 Clifford Lee Burton or simply Cliff Burton (February 10, 1962 – September 27, 1986) was an American musician and songwriter, best known as the bass guitarist for Metallica from December 1982 until his death in September 1986.

The bassist joined the Thrash Metal band in 1982 and performed on the band’s first three studio albums: Kill ‘Em All, Ride the Lightning and Master of Puppets. He also received a posthumous writing credit for the song “To Live Is to Die” from the band’s fourth studio album, …And Justice for All.

During the European leg of the Damage Inc. tour in support of Master of Puppets, the band complained that the sleeping cubicles on their tour bus were unsatisfactory and uncomfortable. To decide who received pick of the bunks, Kirk Hammett and Burton drew cards. On the evening of September 26, 1986, Burton won the game with an ace of spades, thereby getting the first choice of bunk. Burton was sleeping shortly before 7 am on September 27 when, according to the driver, the bus skidded off the road (the E4, 12 miles (19 km) north of Ljungby), and flipped onto the grass in Kronoberg County. Burton was thrown through the window of the bus, which fell on top of him, resulting in his death. 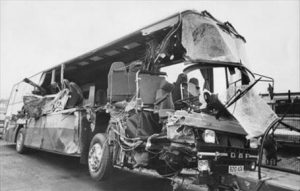 The bus driver said that the crash was caused by the bus hitting a patch of black ice on the road, but James Hetfield later stated that he first believed the bus flipped because the driver was drunk. Hetfield also stated that he walked long distances down the road looking for black ice and found none. When local freelance photographer Lennart Wennberg (who attended the crash scene the following morning), was asked in a later interview about the likelihood that black ice caused the accident, he said it was ‘out of the question’ because the road was dry and the temperature around 2 °C (36 °F), above the freezing point of 0 °C (32 °F).

This was confirmed by police who – like Hetfield – also found no ice on the road. Ljungby detective Arne Pettersson was reported in a local newspaper to have said the tracks at the accident site were exactly like ones seen when drivers fall asleep at the wheel. However, the driver stated under oath that he had slept during the day and was fully rested; his testimony was confirmed by the driver of a second tour bus that was carrying the band’s crew and equipment. The driver was determined not at fault for the accident and no charges were brought against him.

Watch Metallica talking about his death: