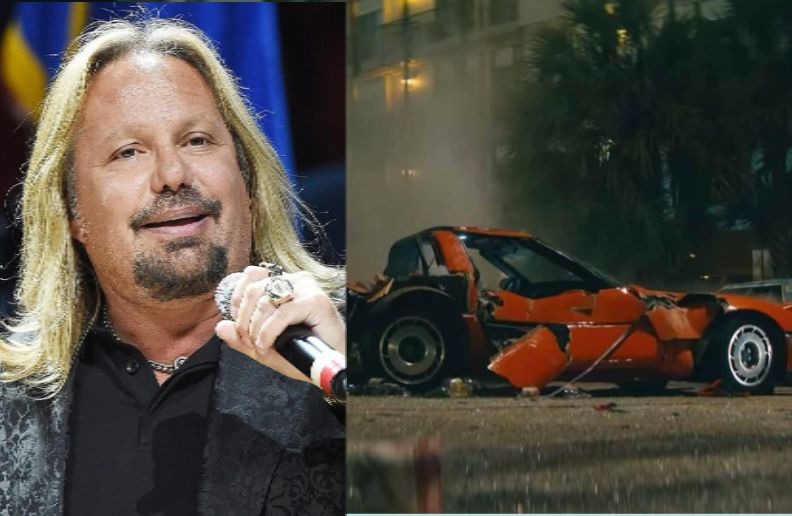 Back in 1984, the Finnish hard rock band Hanoi Rocks was on their second American tour and their first to reach California. The two gigs meant to be held in Los Angeles sold out in twenty minutes. On the day they arrived in Los Angeles, December 8, Hanoi Rocks drummer Nicholas “Razzle” Dingley and the other members of the band (with the exception of singer Michael Monroe, who was recovering from a fractured ankle) visited Neil’s home and spent the day at Redondo Beach.

After partying for hours, Neil and Razzle decided to take a trip to a local liquor store in Neil’s De Tomaso Pantera. Neil, who was drunk, lost control of the car and hit an oncoming vehicle. The two occupants of the other car were seriously injured and suffered brain damage, and Dingley was killed.

Neil was charged with vehicular manslaughter and driving under the influence of alcohol in connection with the crash. His blood alcohol level was 0.17, well above the California legal limit at that time of 0.10. In July 1986, Los Angeles County Superior Court Judge Edward Hinz, Jr. sentenced Neil to 30 days in jail, five years probation, $2.6 million in restitution to the victims of the crash and 200 hours of community service. Neil got out of jail in 15 days for good behavior; Mötley Crüe dedicated their third studio album, Theatre of Pain, to Razzle.

The moment was on the bands biopic released on Netflix “The Dirt”, watch the scene below: