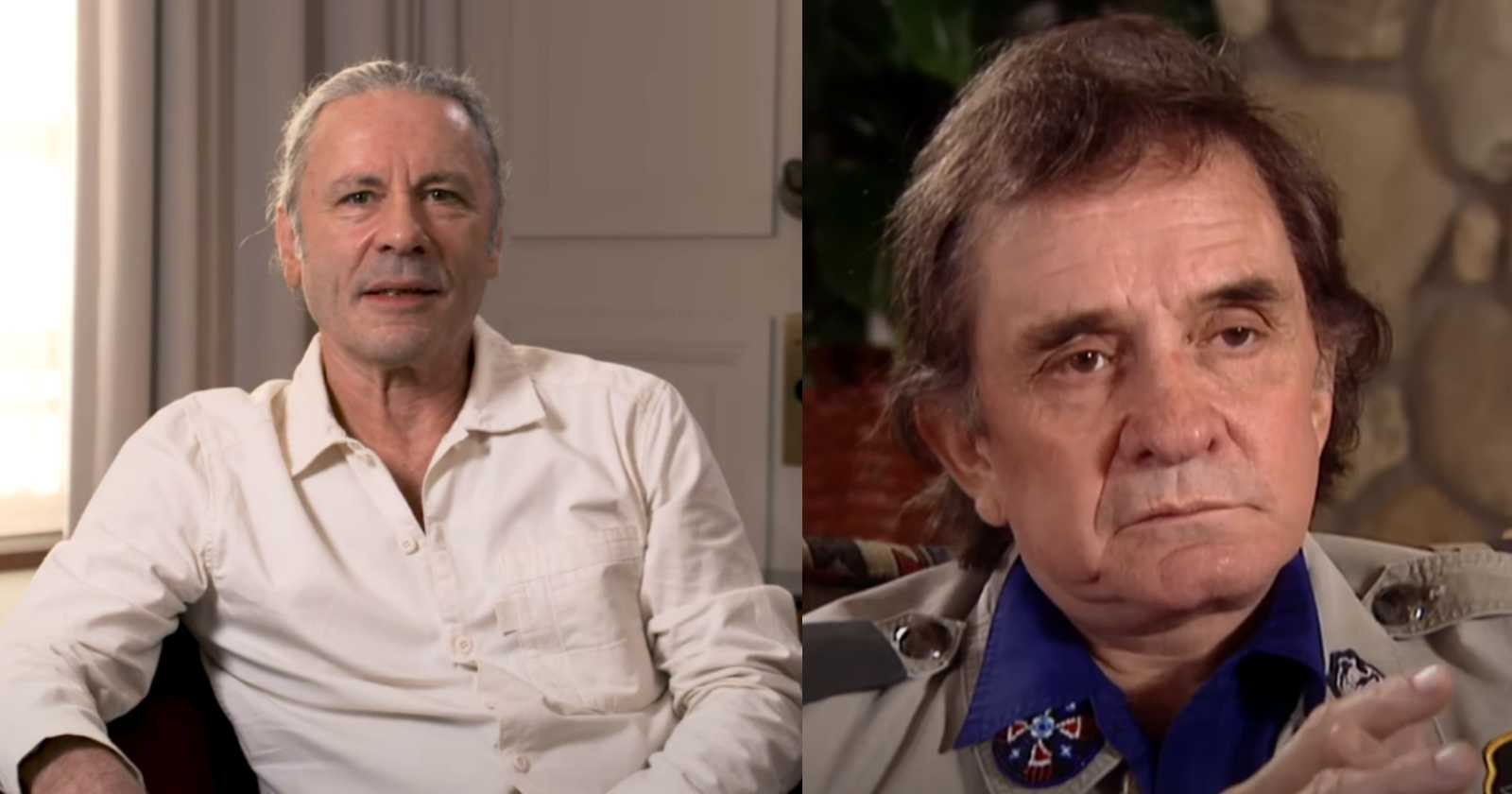 One of the most influential Heavy Metal singers of all time, Bruce Dickinson is the voice of Iron Maiden and even though he is strongly connected with heavy music he also loves other styles. The vocalist revealed in an interview with La Claque back in 2021 (Transcribed by Rock and Roll Garage) which is the Johnny Cash he likes the most.

The Johnny Cash song that Bruce Dickinson said he likes

Written by Trent Reznor, the song was originally released by his band Nine Inch Nails in 1995 on their album “The Downward Spiral”. However, the version recorded by Johnny Cash seven years later became most famous version of the track. The artist transformed the song into almost a completly new piece of music, being released on the last album of his career that was released when he was still alive “American IV: The Man Comes Around”. That record was produced by the famous producer Rick Rubin and featured many cover songs. Cash died almost one year after the release in 2003 at the age of 71.

Curiously, Johnny Cash once asked Dickinson’s autograph when they met each other because Cash’s daughter was a big Iron Maiden fan. The musician recalled that story in an interview with Fox News back in 2017

“It was very brief and really quite awe inspiring. Because I’ve always admired Johnny Cash… I love him because he’s got this rebellious maverick thing going on with him.”

“I met him a long time ago in Toronto when he and his band came and they were sitting, watching us do a soundcheck. And he came backstage after we finished. And I’m not exactly the world’s tallest guy. I’m like 5’6” and a half — and make sure you get the half in, you know? And Johnny Cash, I’m not even going to guess, but as far as I know, it was a lamp post that came in dressed in a coat.”

“This was like meeting John Wayne. Just wow. And he was just the most charming, quietly spoken guy… He said, ‘Hi, My name is Johnny Cash… Look, can you sign an autograph for my daughter? She’s a big fan.’ So I went, ‘Yeah, of course.’ And that was it! But, he was fantastic… and exactly what a legend should be,” Bruce Dickinson said.

Guitarist Adrian Smith recalled in a conversation with Chris Jericho in 2020 that same encounter with Johnny Cash, saying that the band was performing “Wrathchild” when he noticed that the legendary musician was watching them. “Johnny Cash appeared on a sound check for a concert of ours. I’m on stage going through ‘Wrathchild’ or something and I think ‘Holy shit, it’s Johnny Cash!’”

“So we finished the sound check, went to the dressing room and there came Johnny. He’s the most lovable guy, with wonderful energy. And he came with his band and said to me, ‘My grandchildren love you.’ Of course, I asked for his autograph. (Laughter),” Adrian Smith said.