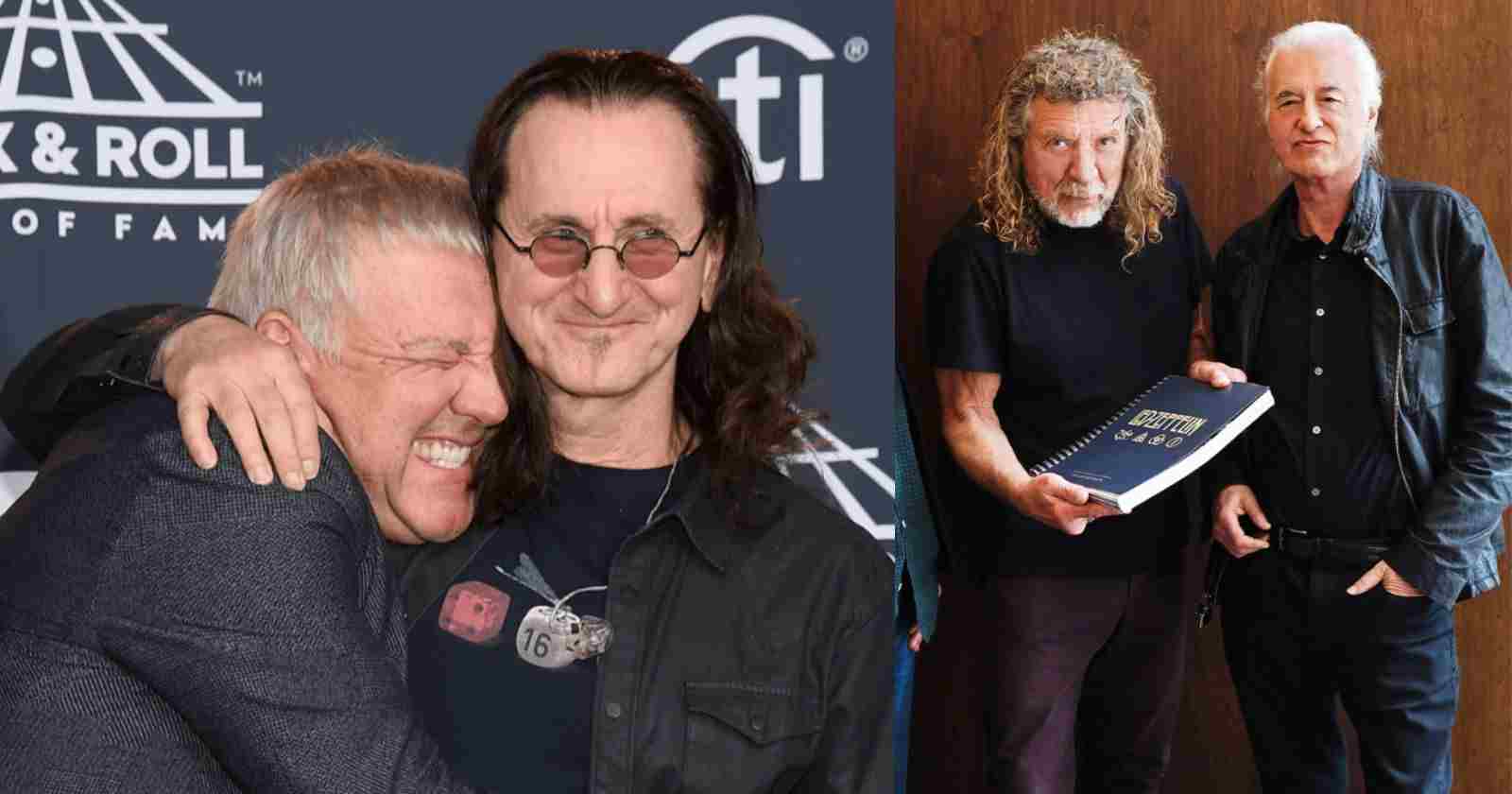 Rush is considered one of the best Hard Rock bands of all time that was often compared to Led Zeppelin at the beginning of their career. However, their bands members only met each other during the 90’s. In an interview with CBC’s The Hour a few years ago, Rush members Geddy Lee and Alex Lifeson recalled the funny story of how they met Robert Plant and Jimmy Page.

The funny story of when Geddy Lee and Alex Lifeson met Page and Plant:

Geddy Lee recalled how he met Robert Plant, saying: “I was on a bycicle trip with my wife in Morroco and we ended up at this beautiful hotel in the Atlas mountains. I was given the room key, my wife and I were in this room that only had… just two rooms, one on the right and one on the left and I was checking in, turning the key to open my door and I head the other door opening and I turned around and it was a guy that looked just like Robert Plant coming out of there.”

Alex Lifeson then recalled how happy he was to meet Jimmy Page:

“We went backstage and it was at the Molson’s Amphitheatre. We know the dressing rooms back there and Robert had his room, Jimmy had his room. So we were sitting with Robert just talking about stuff and Jimmy came in. And I was like (Alex shows imitates his fanboy excitement at the time) mental, nervous and I was so excited. I mean, he was my absolute hero growing up as a guitarist. I wanted so much to play like him and think like he thinks when he plays. So it was really, really exciting. We hung in their dressing room until like basically minutes. We walk actually donwstairs with them to the stage”.

The interviewer pointed that Rush was one of the bands Jimmy Page once said that it was one of the groups he liked and then Geddy Lee and Alex confirmed that they heard that too.