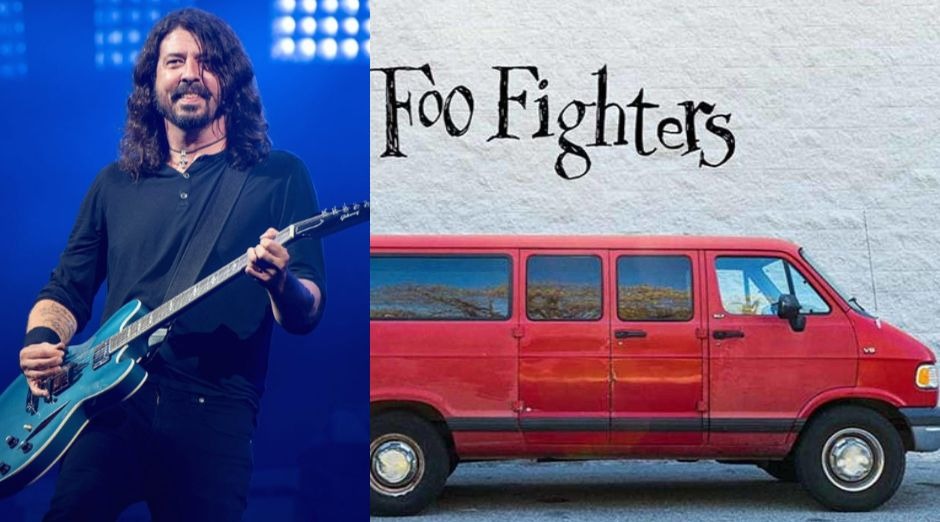 To celebrate their 25th anniversary, Foo Fighters will perform in some of the same cities they toured in a Van in the first year of their existence in 1995. But of course, now they will play in much bigger venues.

Besides the tour, Dave Grohl will release the documentary “What Drives Us”. The movie tells the story between famous bands and the vans they used in the beginning of their careers.

According to the Foo Fighters, the movie is:

“deep dive into what possesses a particular tribe of human beings to leave behind jobs, families, relationships and any semblance of sanity to climb into a busted-ass Econoline and take their music to the people or at least a dozen or so of them here and there.”

“What Drives Us explores motivations, recounts personal anecdotes and explores the physical and psychological toll of touring in vans via interviews with members of van-tour veteran bands ranging from Black Flag and Dead Kennedys to Metallica and the Beatles, and many, many more.”

Foo Fighters, is a rock band from the United States formed by the ex-Nirvana Dave Grohl and Pat Smear in 1994. The name is a reference to the term “foo fighter”, used by aviators in World War II to describe mysterious aerial phenomena, considered UFOs.

The band achieved international success. In addition, four of his albums, There Is Nothing Left to Lose, One by One, Echoes, Silence, Patience & Grace and Wasting Light won the Grammy for “best rock album”.

Dave Grohl, spent four years as a drummer for Nirvana. Also during this period he developed a series of undisclosed compositions, a way to preserve the group’s interaction. However, Dave recorded some demos in the studio. And some songs were compiled on the album Pocketwatch, released under the pseudonym “Late!”, In 1992.