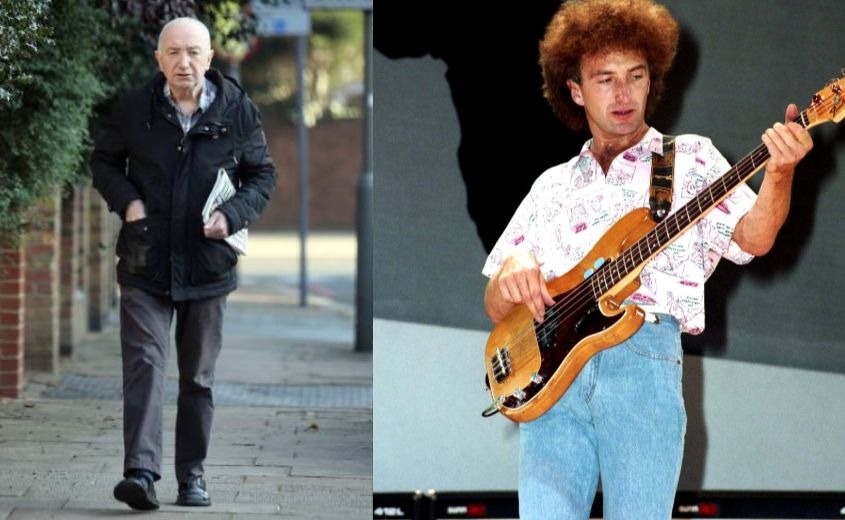 Some days ago someone saw him. He wore a blue sweater with knitted wool and corduroy trousers. Bald, with gray hair on the sides and in the front. He smoked a cigarette hastily. A man of 67 years, taciturn, discreet, walking near his house, in the quiet Greenwich Park in south-east London. A few feet away, people were going in droves to see the highest-grossing movie of the moment, Bohemian Rhapsody. He is one of the protagonists, but has long been away from the spotlight, more than 20 years. He doesn’t want to know anything. His name is John Deacon. He was Queen’s bass player and the group’s songwriter, the responsible to Another One Bites the Dust and I Want to Break Free.

The neighbors of this ex-rock star say that he is sometimes seen in the neighborhood supermarket. Few. The fact is that it is difficult to associate this almost seventy with that musician who worked in crowded stadiums. He lives with his wife, Veronica Tetzlaff, with whom he had six children, who he raised in the same district of south London where he lives to this day. It is estimated that Deacon’s fortune exceeds $115 Million.  And increases every year, thanks to copyright. However, he lives absolutely away from the luxuries he could afford.

To know Deacon’s personality, it’s very revealing to watch a video that someone recorded and posted on YouTube. Deacon is approached on the street by followers of the group. The bassist, startled, begins to say, “Oh, I’m sorry, I’m sorry.” At one point he covers his face with his hands, not to prevent them from filming, but out of sheer shame. He’s going through bad times. Someone in the group of followers even says, “Leave him alone, please.” And the truth is that the fans are quite civilized. Deacon finally smiles, barely opens his mouth and, surprised, signs autographs.

John Deacon (Leicester, England, 1951) was the last to arrive to the group in 1971 while taking the electronics course at Chelsea College London. Ordinary friends introduced the three young men, former members of the Smile group, who had just formed Queen and were looking for a bass player.

They gave him a test, and that day changed his life. Taciturn, quiet and introverted, the clichés that are usually associated with the bass players come true. These traits of his personality were much appreciated by the rest of the group, because they understood that this character – “He always had his feet on the floor,” guitarist Brian May would say years later – would marry well with his temperament, let’s say more expansive of his colleagues.

The following years were the story of a rise to success marked by high points in the form of megahits like Bohemian Rhapsody, tours that forever changed the design of rock-of-stadium and multiple platinum albums. In addition to the previously mentioned Another One Bites the Dust and I Want to Break Free, Deacon composed with Mercury the songs You’re My Best Friend and Friends Will Be Friends, and his collaboration in others such as Under Pressure (the sticky bassline), is a must.

His affection for electronics led him to build deacy amp, a guitar amp that would lend the group a unique and recognizable sound. Meanwhile, Deacon released an album as a soloist in 1986 and created a side group, The Immortals, with which he recorded a single that you can hear below.

The stratospheric level of fame that Queen achieved since 1975 was, in Deacon’s own words, “difficult to manage.” For Phil Sutcliffe, author of a complete biography of the group, ” Queen was a very volatile association between three explosive personalities; and then there was John, who was the quiet one”.

He had formed his family very early in 1975, and he was mainly a family man. “Incidentally, it is speculated that one of the reasons for the breakup with Trident, his first record label, was that they didn’t lend money to Deacon to buy his house with her wife.

Being a “family man” did not stop the bass player from living intensely the full experience of a rock star. According to the Daily Mail, Deacon had, like other members of the group, problems with alcohol. During a party in July 1986, “late at night, John slipped quietly from his chair and went under the table. After a moment he returned. It was very typical of John, he liked to drink, “says the newspaper. 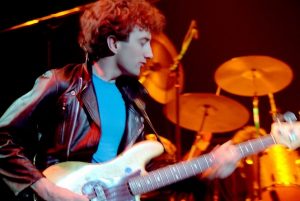 Everything changed on November 24, 1991, when Freddie Mercury died as a result of AIDS. John Deacon was perhaps the most affected of the group. John and he had a particularly close relationship, with the soloist acting as his protector, and the pain of his loss and the lack of sense in continuing with the group, and that led him to a depression.

The always introverted bassist played with his colleagues May and Taylor on the Mercury concert in 1992, they finished the band’s last album, Made in Heaven, and also participated in No-One But You, the band’s only single without Mercury, released in 97. Then the silence.

While guitarist Brian May (London, 1947) and drummer Roger Taylor (Norfolk, England, 1949) continue to play periodically and remain as visible heads of the group’s legacy, either as guests at the debut of the film Bohemian Rhapsody or as a patron of musical We Will Rock You, Deacon does not make public appearances, does not give interviews and does not even maintain contact with his former colleagues.

Brian May acknowledges that they only maintain relationships for economic (and with intermediaries) reasons and management of Queen’s legacy. Taylor says, “We’re not in touch because John is really a sociopath. He endorsed what Brian and I can do with the Queen brand. And of course we enjoyed very well.  “And May adds, “It’s your choice. Don’t keep in touch with us. John was pretty picky from the start.” 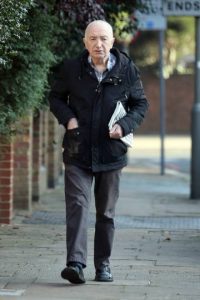 There is no denying this last statement. Queen remains one of the most profitable icons of pop music, whether in the form of merchandising, the shows, the musical, the copyright of songs that continue to play on radio and television, or the recent release of the movie Bohemian Rhapsody, whose success shows that the public’s interest in the British band is far from over.

Thanks to his years in the group and this management of his former colleagues, worthy of a business tycoon, John Deacon, the anonymous retired father of large family with gray hair and plaid shirt, now has a fortune. “My hobbies are drinking tea and having kids,” I’d say in an interview years ago. Golf now stands out as another of its great interests. All away from the excessive lifestyle that has led in the past.

The anonymity and tranquility of one of the survivors of such a legacy can be considered their greatest success in life.