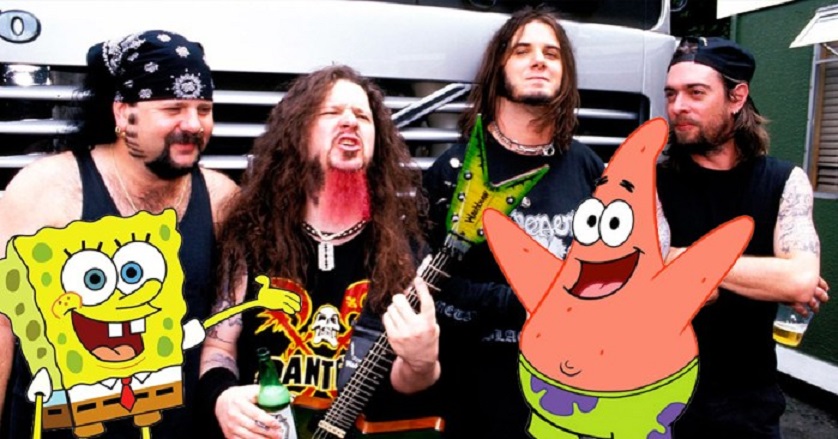 An instrumental version of Pantera’s “Death Rattle” was part of the soundtrack of episode 27 of the second season of the SpongeBob cartoon.

The episode “Pre-Hibernation” tells the story of Sandy Cheeks, friend of Bob, and the adventures she has before going into hibernation for the winter.

SpongeBob SquarePants is an American animated television series created by marine biologist and animator Stephen Hillenburg for Nickelodeon. The series chronicles the adventures and endeavors of the title character and his various friends in the fictional underwater city of Bikini Bottom.

The series’ popularity has made it a media franchise, as well as the highest rated series to ever air on Nickelodeon, and the most distributed property of MTV Networks. As of late 2017, the media franchise has generated $13 billion in merchandising revenue for Nickelodeon.

Many of the ideas for the series originated in an unpublished educational comic book titled The Intertidal Zone, which Hillenburg created in 1989. He began developing SpongeBob SquarePants into a television series in 1996 upon the cancellation of Rocko’s Modern Life, and turned to Tom Kenny, who had worked with him on that series, to voice the title character. SpongeBob was originally going to be named SpongeBoy, and the series was to be called SpongeBoy Ahoy!, but both of these were changed, as the name was already trademarked.