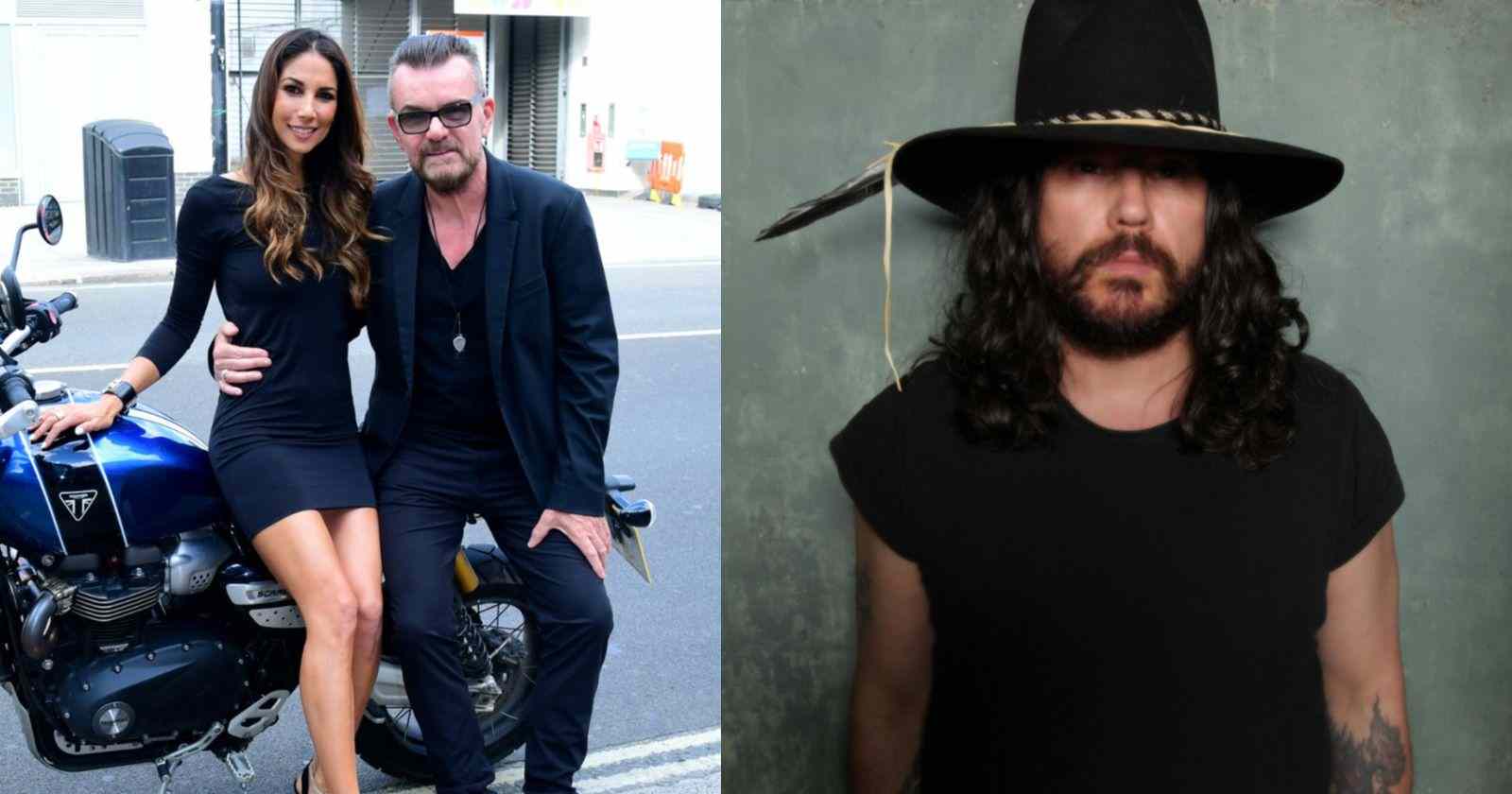 The Cult guitarist Billy Duffy recalled in an interview with Appetite for Distortion when singer Ian Astbury ran away from crazy cops during a concert with Guns N’ Roses in the late 80’s.

“So, we do San Antonio, TX, it’s called The Sunken Garden – it’s a venue in San Antonio, it’s still there. It’s some sort of municipal garden like a horticultural thing with a stage. So, we go, we play it, and there are cops at the side of the stage, and they’re big on profanity, apparently. So they give a warning to both singers from both bands [The Cult and GN’R] about profanity and lewd behavior on stage.”

“It’s like something from a movie on The Doors in, like, 1970. It was like, ‘Is this really happening in 1987?’ We were like, ‘What…?’ And so, Guns N’ Roses go on to do the show, they’re the opening act, special guest. Axl does whatever Axl does every night, which I’m sure includes a few swear words, a few mother Fs, and this and that. Nothing.”

“[The Cult singer Ian] Astbury goes on stage, we do our set, he doesn’t utter one swear word because he never does. But he’s got an English accent, right? So we come off, these cops come backstage, and we kind of lock the dressing room door because we have rumors that the cops want to talk to Ian, and this is not a good thing.”

“And they’re not like these days cops that usually come and tell us how much they enjoy the band and the group listening to us. In the old days, we were considered dangerous. So they were like – we were dangerous to them, I guess.”

“So they come in after Astbury, and Ian climbs out of The Cult dressing room window, which is on the first floor, with a baseball hat on, climbs down the drainpipe, gets on Guns N’ Roses’ tour bus, and leaves with them.”

“Cops come in the room, they’re going, ‘Where’s your singer?’ ‘Oh, we don’t know, we haven’t seen him. he just went off stage and, I don’t know, vanished.’ So they’re going, ‘We have evidence that during the performance he issued the words,’ and I remember the quote because I was like, ‘What on Earth…?'”

“So, ‘He issued the words ‘sucking c-o-c-k-s in Amsterdam!” I’m like, ‘Really? Why is that illegal?’ Anyway, the actual profanity in question never got uttered, it was just bizarre. And stuff like that would happen all the time because we were young men, and we were drinking heavily and having fun.”

How Boston’s Tom Scholz made their entire debut album in his basement
Alice Cooper recalls recording with Keith Moon, Marc Bolan and more
To Top