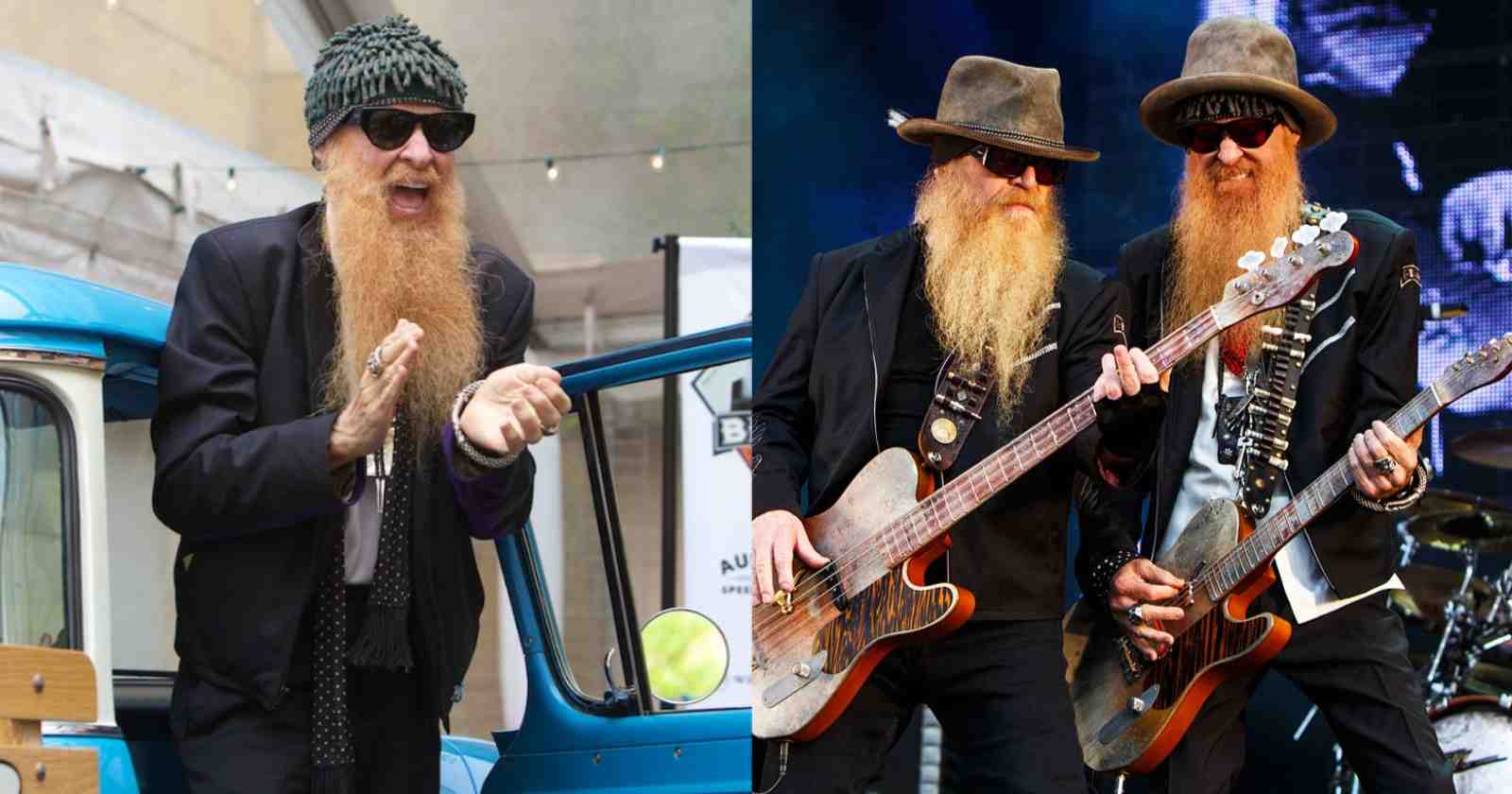 One of the most famous Rock and Roll bands from Texas, ZZ Top has an extensive discography with incredible songs. In an interview with Eddie Trunk (Transcribed by Ultimate Guitar) back in 2017, the singer and guitarist Billy Gibbons listed his 5 favorite songs from the group.

The 5 ZZ Top songs that Billy Gibbons listed as his favorites:

“‘Waitin’ For The Bus,’ ‘Jesus Just Left Chicago,’ ‘La Grange,’ gotta have ‘Sharp Dressed Man’ in there somewhere. And one of the more recent ones, ‘I Gotsta Get Paid’ which was off [2012’s] ‘La Futura.’ Of course, we’ve said this many times, I think everybody knows that to experience ZZ Top is just about having a good time. But it’s those solo things that still resonate.”

In the same interview he picked his favorite album of the band, saying: “I’d go with [1996’s] ‘Rhythmeen.’ It’s an oddball. First of all, it’s the one pure trio record that we cut without overdubs. So I don’t know if it’s the favorite but it’s certainly one of the rarest, and it is unique.”

“Waitin’ For the Bus”

“Waitin’ For the Bus” is from the album “Tres Hombres” released by London Records in July 1973. In the US, the album entered the top ten while the single “La Grange” reached number 41 on the Billboard Hot 100, it was their commercial breakthrough; i

“Jesus Just Left Chicago” is also from the 1973 album “Tres Hombres, that was ranked number 498 on Rolling Stone magazine’s list of the 500 greatest albums of all time.

Another song from “Tres Hombres”, “La Grange” is one of the group’s biggest hits, it received extensive radio play, rising to No. 41 on the Billboard Hot 100 in June 1974.

From their 1983 album “Eliminator”, Sharp Dressed Man” is remembered also for the famous video that was showed on MTV.

“Gotsta Get Paid” is from ZZ Top’s 2012 album “La Futura” that had great reception among fans and critics. It was the last studio album featuring bassist Dusty Hill that died at the age of 72 in July, 2021.

Formed in 1969 in Houston, Texas ZZ Top had the same line-up for 51 years until Dusty Hill‘s death in 2021. Rooted in blues, ZZ Top developed a signature sound based on Gibbons’ blues guitar style and Hill and Beard’s rhythm section. They also are popular for their live performances, sly and humorous lyrics. Besides the similar appearances of Gibbons and Hill, who were rarely seen without their long beards, sunglasses, and hats.

In an interview with Guitar World in 2021, Gibbons talked about how lucky he was be born in Texas a having the opportunity to see many amazing Blues guitarists: “Having grown up in Texas, I had the opportunity to see a plethora of truly fantastic, wholly original blues guitarists rom all over the state during my formative playing years. Freddie King was from up north in Dallas, Albert Collins was in Houston and Gatemouth Brown was from the Gulf Coast.”