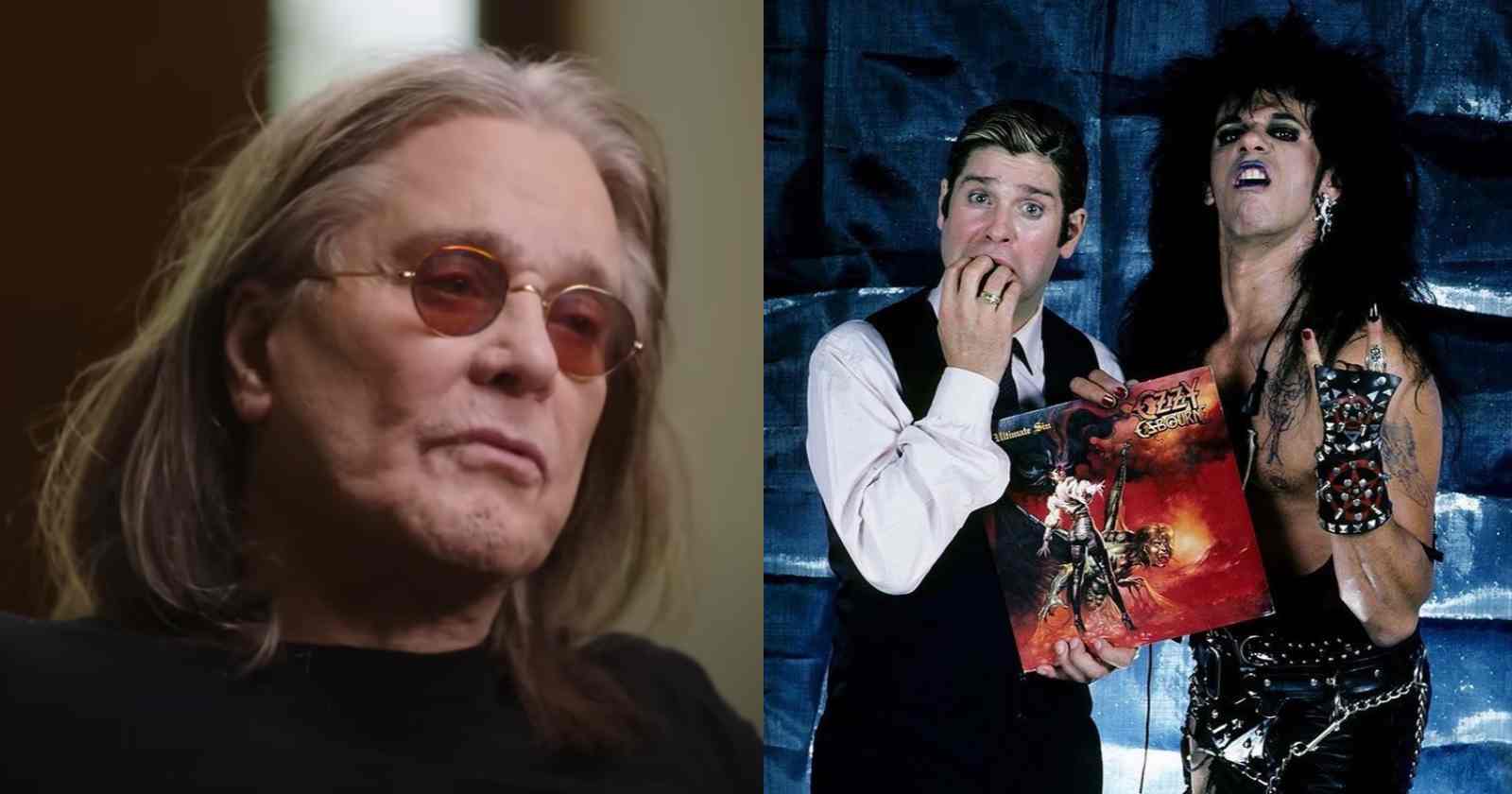 Ozzy Osbourne started his solo career in 1980 with the release of his debut album “Blizzard Of Ozz” that was a commercial success with many hits like “Crazy Train” and “Mr. Crowley”. After more than four decades, the British singer have released 13 solo studio records, the most recent one being “Patient Number 9” in 2022. Osbourne’s total album sales combined from his years in Black Sabbath with his solo career are over 100 million records wordwilde, what makes him one of the most successful artists of all time.

In an interview with Goldmine Magazine in 2022, the original Black Sabbath frontman listed some of his favorite solo career records and Rock and Roll Garage selected what the musician said about them over the years.

“Blizzard of Ozz” was released in 1980 and had famous tracks like “Crazy Train”, Goodbye To Romance, Mr. Crowley and “No Bone Movies” and remains as one of Ozzy’s most praised records. Besides Ozzy, at the time, the band was formed by Randy Rhoads (Guitar), Bob Daisley (Bass), Lee Kerslake (Drums) and Don Airey (Keyboards)

In an interview with I Heart Radio in 2020 (Transcribed by Rock and Roll Garage) he talked about the album, celebrating the 40th anniversary of the release. “People say it’s been 40 years, I can’t believe it. When I’ve met Randy Rhoads, he was the first guy that gave me the credit for having some musical talent of some sort.” (Because Sabbath used to basically tell him to put a melody in songs that were kind of ready). “So if I couldn’t beat the riff, I’d sing the riff like in ‘Iron Man’ or ‘N.I.B’.”

“But Randy Rhoads was a teacher at his mother’s music school and spent time with me getting the right keys for me to sing. He was a joy, because it was so refreshing to be around around someone like Randy,” Ozzy Osbourne said.

“‘Bark at the Moon’ was OK, considering what I was going through emotionally,” Ozzy told Goldmine Mag. “Bark At The Moon” was released in 1983 and had famous songs like the title-track, that became present at the musician’s live concerts since it was released. Other tracks loved by the fans are “You’re No Different”, “Rock ‘n’ Roll Rebel” and “Waiting for Darkness”.

To promote the record in the United States, Ozzy recruited Mötley Crüe to be his opening act and that tour became one of the most famous in the history of Rock and Roll, because Ozzy and the members of the American band were partying really hard. The Black Sabbath frontman recalled that in an interview with Metal Edge. “It was a band of lunatics on the road. Because they were just breaking through to a new audience. It was after the show that the mayhem started.”

“We would try and out-crazy each other. Why, I can’t remember. Mötley Crüe were a force to be reckoned with back then. They were the heavy version of the glam rock kind of deal. I was well established but Mötley Crüe were coming up fast. It was a good package. But it was one of the most dangerous tours I ever did. I said that to Doc (Manager) one day, ‘It’s getting so crazy…’” Ozzy Osbourne said.

‘The Ultimate Sin’, which was ‘I can take it or leave it.’ Some good songs. But I felt I could have recorded it better,” Ozzy told Goldmine Mag. Released in 1986, “The Ultimate Sin” was Ozzy’s follow-up to “Bark At The Moon”, but the only member of his band that played in the two bands was the guitarist Jake E. Lee. The rest of the group was formed by Phil Soussan (Bass), Randy Castillo (Drums) and Mike Moran (Keyboards). Besides the famous title-track, the record also has “Lightning Strikes”, “Killer Of Giants” and “Shot In The Dark”.

In a radio interview done in the 80s, made available by Info Source Youtube Channel (Transcribed by Rock and Roll Garage), Ozzy shared his feelings on the making of the album. Curiously, he said at the time that it was a ‘well recorded album’. So he changed his mind over the years from that perspective. “‘The Ultimate Sin’ was a fine album and it was a very well recorded album. The chemistry was nice and it was a nice package. I personally didn’t feel that it was an Ozzy album in the respect that it was too refined. And I’m not one of these bands that has perfect harmonies, perfect drum sounds, perfect guitar sounds.”

“To Ozzy, there is a rough edge, a street edge to me, you know, which I always liked. I don’t consider my albums in the past being a great recording piece of work. Yet, the songs were pretty good songs and it carried it off. That’s what I think it’s part of Ozzy’s success, is the fact that there’s a lot of rough edge. There no polish on the edges. (…) All I’m saying is that the production done by Ron Nevison was too refined for Ozzy’s sound.”

“We all wanna get that 10 million selling album, we all wanna be one of the major record selling artists but at the same time, (but) if made an Foreigner or Def Leppard type album I would offend the people that have been loyal to me throughout my career and liked it the way I sounded before,” Ozzy Osbourne said.

Talking with Rolling Stone in 2019, he said that the “Ultimate Sin” was one of his least favorite solo albums and it would like to remix the record.

“The next big album for me (After ‘Ultimate Sin) was ‘No More Tears’. That’s still a great album. I still like hearing them songs,” Ozzy Osbourne told Goldmine mag. “No More Tears” was released in 1991 and represented a rebirth for the artist in the 90s. It had many hits like the title-track, “I Don’t Want To Change The World”, “Hellraiser” and “Road To Nowhere”.

The album was recorded with Zakk Wylde (Guitar), Bob Daisley (Bass), John Sinclair (Keyboards) and Randy Castillo (Drums). They also had the help of the Alice In Chains bassist Michael Inez, that was a musicial inspiration, especially for the title-track but did not played on the album.

Ozzy celebrated the 30th anniversary of the album in 2021 and in an official release for the special reissue of the record, he talked about how important it was for his career. “I have a lot of great memories of making the album. We worked hard on the record with John Purdell (Producer and Engineer) and Duane Baron (Producer and Engineer), who became extra two members of the band. Before we went into the studio, we discussed what we were going to do–everything was planned. It’s so nice when you get a producer who’s more like a part of the band than them saying, ’nah, you do it this way.’”

“Because we write them and when you write the songs, you have a mental picture of how you think you want it to sound. Sometimes you’re surprised for the better. But other times you’re disappointed, but John and Duane did an extraordinary job on the album. It was really, really well done. Every song was worked on for a long time. We spent extra time trying to get things right. But there was also lots of goofing around and we had a good time making it. And Zakk’s playing on it is spectacular,” Ozzy Osbourne said.