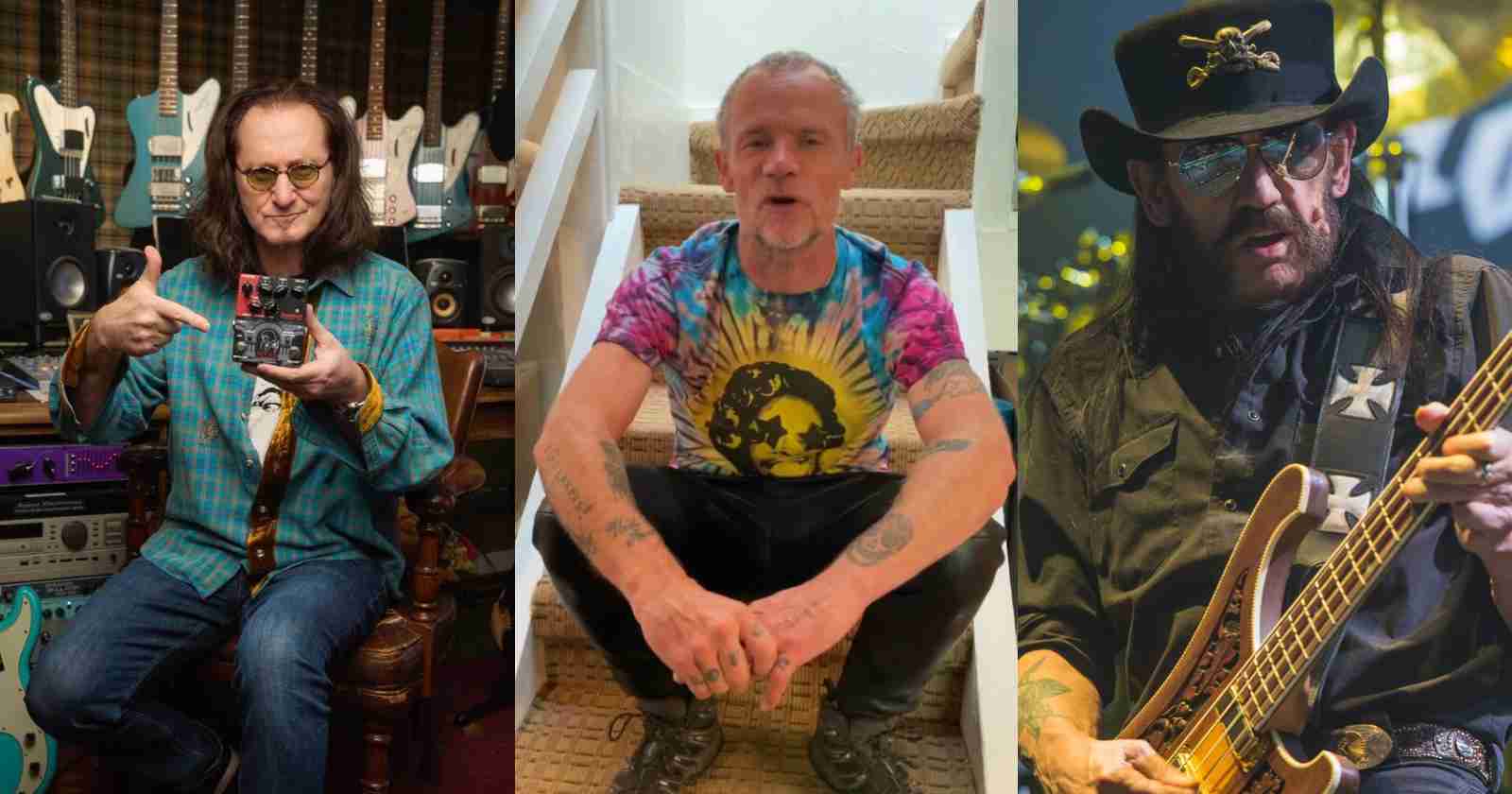 One of the most praised bass players from the last decades, the original Red Hot Chili Peppers member Flea became a big influence for millions of musicians worldwide. He also helped the californian band to become one of the best-selling groups in history with an estimated amount of more than 100 million records sold.

Over the decades many of his peers talked gave their opinion on the Australian bassist; including some legendary musicians like Geddy Lee (Rush), Lemmy Kilmister (Motörhead) and Chris Squire (Yes).

One of the most influential bass players of all time, Geddy Lee is also Rush‘s vocalist and keyboardist. Over the years the musician talked about many of his peers and even wrote a book about the history of the bass guitar.

Back in 2019 he chose for Amazon Music 22 songs that inspired his bass playing consciously or subconsciously. One of them was Red Hot Chili Peppers “Give It Away”. He explained why he liked Flea so much, saying (Transcribed by Rock and Roll Garage): “He is a monster player. Flea is one of the great, you know, contemporary bass players. His influences are so Funk driven. Yet, he can do anything.”

“On ‘Give It Away’ he is just like the bass in ‘Come Together’, like the bass in so many great pop songs. He is providing an alternate rhythm for the drums and an alternate melody. Also he is working at the bottom of the neck and the top of the neck. He is going back and forth between. Which I always love as a bass player. That’s a perfect example of that,” Geddy Lee said.

Another very influential bassist from the Progressive Rock genre, the late Yes bass player Chris Squire was known for his unique style of playing and sound. In an interview with East Village Radio show “Beyond Beyond is Beyond” back in 2009, six years before his death at the age of 67, the legendary bassist was asked which bassists were some of the best of all time. At first he said he couldn’t answer. But then recalled RHCP’s Flea, saying: “I’m a big Flea fan. He is really good.”

In 2013, he revealed in a post on Yes’ website a list of songs that inspired him over the decades. One of them was Red Hot’s “Higher Ground” and he said: “A couple of guys that I’d like to mention who are younger than myself are Flea from Red Hot Chili Peppers (‘Higher Ground’)…,” Chris Squire said.

Besides a unique character that lived the Rock and Roll philosophy 24 hours day, seven days a week, the Motörhead vocalist and bassist Lemmy Kilmister was also a very influential musician. He inspired many successful Hard Rock and Metal bands and in an interview with Guitar World back in 2003 he listed some bass players that he respected. On the position number 5 he picked Flea, saying: “I think he’s very good indeed. Excellent. He’s an innovator and what he does stands out.”

Flea also has a lot of respect for Lemmy and Motörhead. He lamented the musicians death in 2015 and over the years recalled his birthday on his social networks. Back in 2020, on December 24 (Lemmy’s birthday), Flea wrote on his Twitter: “Happy birthday beautiful Lemmy”.