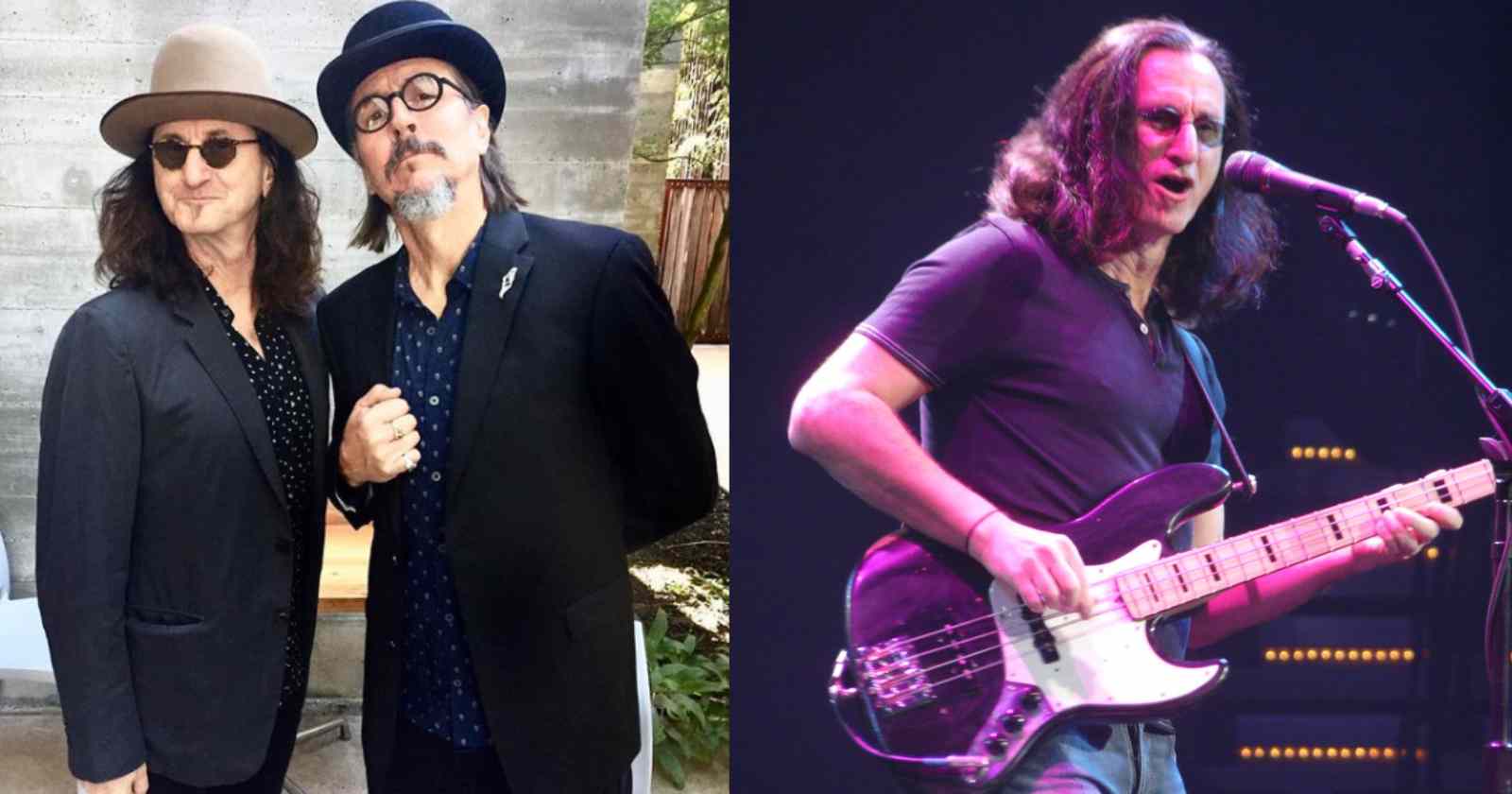 Legendary Rush bassist, singer and sometimes keyboardist Geddy Lee is considered on the best bass players in Rock and Roll history. Back in 2019 he chose for Amazon Music 22 songs that inspired his bass playing consciously or subconsciously.

Geddy Lee explained the playlist, saying: “I chose these songs because I’m such a ‘bass-centric dude’ and that’s all I’ve been thinking about for the last few years. Is the role of bass in popular music and what I tried to do with my book (The Beautiful Book of Bass) was provide an alternate history of popular music through the point of view of the bass player. From the murky bottom end to the twangy top end.”

“John Entwistle, Chris Squire, they were playing the kind of music I wanted to play, so they were a direct influence on the kind of player I wanted to become. But there are others that were subconscious influences and I think we all have those when we listen to various music. So I mean, there is a couple of Beatles songs on here and people remember The Beatles for their tune fullness and for the great vocals. But also Paul McCartney was quite an influential bass player and if you listen to ‘Come Together’, that’s a bold bass part in that song. If you listened to “Taxman”, that’s Heavy Metal before there was Heavy Metal,” Geddy Lee said.

The 22 songs that Geddy Lee said that inspired his bass playing the most:

“2120 South Michigan Avenue” is an original instrumental by the Rolling Stones, recorded for their second EP Five by Five. Composer credit goes to Nanker Phelge, a title giving credit equally to all members of the band. In the book Rolling with the Stones, Bill Wyman recalls that the composition process started with him playing a bass riff and that the others followed on jamming.

“My Generation” was named the 11th greatest song by Rolling Stone on its list of the 500 Greatest Songs of All Time. It became part of The Rock and Roll Hall of Fame’s 500 Songs that Shaped Rock and Roll.

“Ain’t No Mountain High Enough” is a pop/soul song written by Nickolas Ashford & Valerie Simpson in 1966 for the Tamla label, a division of Motown. The composition was first successful as a 1967 hit single recorded by Marvin Gaye and Tammi Terrell. Also became a hit again in 1970 when recorded by former Supremes frontwoman Diana Ross.

“Taxman” is a song by the Beatles from their 1966 album Revolver. Written by the group’s lead guitarist, George Harrison, with some lyrical assistance from John Lennon, it protests against the higher level of progressive tax imposed in the United Kingdom by the Labour government of Harold Wilson. The Beatles paying over 90 per cent of their earnings to the Treasury.

The song was selected as the album’s opening track and contributed to Harrison’s emergence as a songwriter beside the dominant Lennon–McCartney partnership. Also was the group’s first topical song and the first political statement they had made in their music.

“Cross Road Blues” (also known as “Crossroads”) is a blues song written and recorded by American blues artist Robert Johnson in 1936. Johnson performed it as a solo piece with his vocal and acoustic slide guitar in the Delta blues-style. Supergroup Cream covered the song in the late 60’s.

Led Zeppelin “What It Is and It Never Should Be”

“What is and What Should Never Be” was one of the first songs on which Jimmy Page used his soon-to-become trademark Gibson Les Paul for recording. The production makes liberal use of stereo as the guitars pan back and forth between channels.

Jefferson Airplane “The Other Side of This Life”

“The Other Side of This Life” apparead on Jefferson’s Airplane live album Bless Its Pointed Little Head recorded at both the Fillmore East and West in the fall of 1968 and released in 1969 as RCA Victor LSP-4133.

Five songs on the album had not appeared on any of the band’s previous studio recordings.

The song appeared on Yes’ second studio album “Time and a Word”. It was put together several months after the release of the band’s 1969 eponymous debut, during which they continued to tour heavily and recorded Time and a Word during gaps between shows.

Yes continued to follow their early musical direction of performing original material and cover versions of songs by pop, jazz, and folk artists.

“Joe Frazier” is from the third solo album by drummer Bill Bruford and second and final album by his group Bruford.

The song appeared on “Heavy Weather”, the eighth album by Weather Report, released in 1977 through Columbia Records. The release originally sold about 500,000 copies; it would prove to be the band’s most commercially successful album.

“Jerry Was a Race Car Driver” is a song by Primus and was released as the first single from their 1991 album Sailing the Seas of Cheese and reached number 23 on the U.S. Alternative Songs chart.

“Paranoid Android” is a song by English alternative rock band Radiohead, released as the lead single from their third studio album OK Computer (1997) on 26 May 1997.

The Who “The Real Me”

“The Real Me” is a song written by Pete Townshend on The Who’s second full-scale rock opera, Quadrophenia in 1973. It is the second track on the album, although it is the first with lyrics.

Yes “Heart Of The Sunrise”

“Bouree” appeared on “Stand Up”, the second studio album by Jethro Tull, released in 1969. It was the first Tull album to feature guitarist Martin Barre, who would go on to become the band’s longtime guitarist until its initial dissolution in 2012.

Lou Reed “Walk On The Wild Side”

“Walk on the Wild Side” is a song by Lou Reed from his second solo album, Transformer (1972). It was produced by David Bowie and Mick Ronson, and released as a double A-side with “Perfect Day”. The song received wide radio coverage and became Reed’s biggest single

Red Hot Chilli Peppers “Give It Away”

“Give It Away” is a song by Red Hot Chili Peppers from the group’s fifth studio album, Blood Sugar Sex Magik. It was released as the lead single from their album on September 4, 1991, by Warner Bros. Records.

The Beatles “Come Together”

“Come Together” is a song by the Beatles, written by John Lennon, and credited to Lennon–McCartney. The song is the opening track on their 1969 album Abbey Road.

“The Lemon Song” is from Led Zeppelin‘s second studio album “Led Zeppelin II” released back in 1969.

“Money” is a song by Pink Floyd from their 1973 album The Dark Side of the Moon. Written by Roger Waters, it opened side two of the original album.

An award-winning musician, Geddy Lee’s style, technique, and skill on the bass guitar have inspired many rock musicians. In addition to his composing, arranging, and performing duties for Rush, Lee has released a solo record, My Favourite Headache, in 2000.