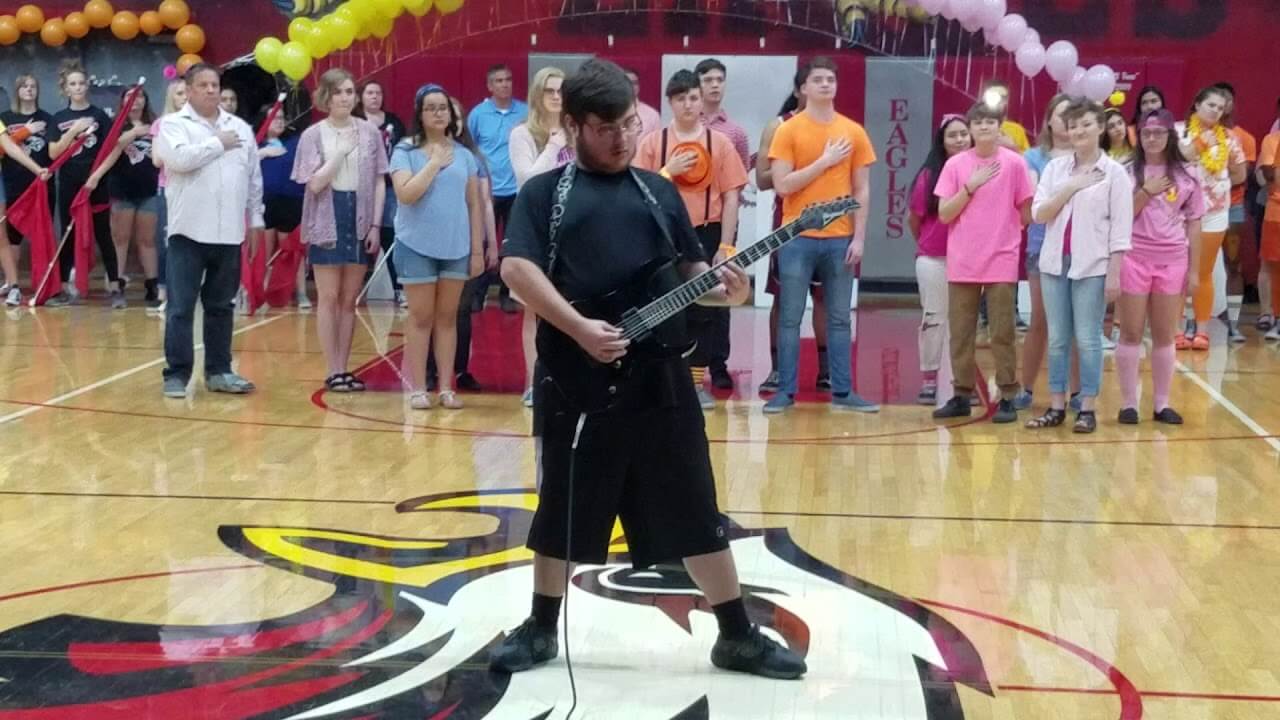 Ridge Brown is a young student at Ironwood High School, a school in the United States that has autism and only spoke for the first time when he was three years old when he began to sing the songs that played on the radio.

The young man has played guitar for four years – but until this week, he had never played in public. During a sporting event organized at his school, his teacher encouraged him to play “Star Spangled Banner,” the American national anthem, in front of all his colleagues.

Brown not only played the music impeccably, but was also loudly applauded by the local audience. The event was recorded by the teacher and placed on social networks – quickly, the video viralized.

This high school student has autism, and the first time he played his guitar publicly, his rendition of the "Star Spangled Banner" blew the audience away https://t.co/mMnHW7dvaj pic.twitter.com/mVRkQuUTbh

The young man has appeared in several channels of communication, including CNN. While giving an interview, Brown said the song “helps express every emotion I have in the brain.”

He also hopes that virally video will encourage parents of other children with autism to see what children like him are able to do.

Halford is upset with K.K Downing for what he said about Tipton’s Retirement
See Steven Tyler net worth, lifestyle, family, biography, house and cars
To Top