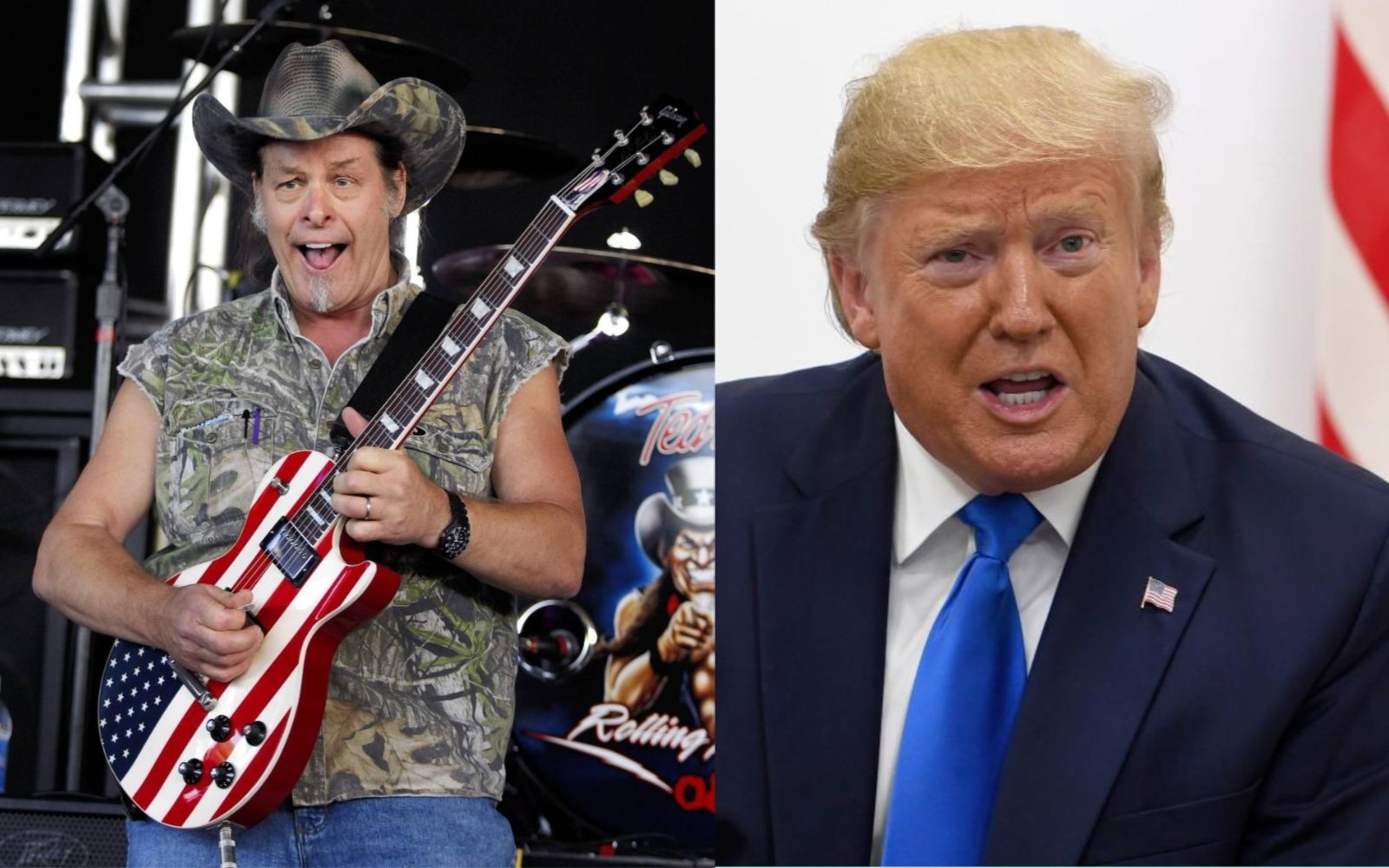 In an interview with Music Mania podcast, the conservative musician Ted Nugent praised Donald Trump saying he is the best president he ever seen.

“I’m a celebrator of all things good while I fight and try to destroy all things bad and ugly. I’ll be 71 glowing, youthful years old this year — 71! Count them. And in my 71 years — I suspect I was paying attention by 1949 — this is the best president I have ever seen. This is a hell-raisin’, we the people, Constitution, Bill Of Rights, be the best that you can be.”

“Anyhow, yeah, I think Donald Trump’s doing a great job. He represents the heart and soul of the heart and soul of this country — the heartland of this country: the farmers, the ranchers, the private property owners, the entrepreneurs, working-hard, playing-hard Americans who earn their own way, live within their means, save for a rainy day, take risks and make sacrifices to be in the asset column.”

“Yeah, all those really perfect things are controversial, which means we’ve got a bunch of numbnuts in the Democratic party who clearly don’t believe in ‘America first.'”

“My guitar playing has a life of its own, and my band is so good, it’s stupid. The music we make is so much fun, it’s out of body. It’s just a powerful force in our American dream and our quality of life. But I think my guitar is more intense today. [Drummer] Jason [Hartless] and [bassist] Greg [Smith], they have more energy and more attitude in every song. Every time we jam, [I think,] ‘This is gonna be the greatest tour of my life,’ and it might have a lot to do with the incredible, positive spirit that this president represents, that he exudes, that he fights for, and that is the best people in America that are in the asset column. So you’re damn right I’m celebrating the Fourth of July, Independence Day, every damn day.”