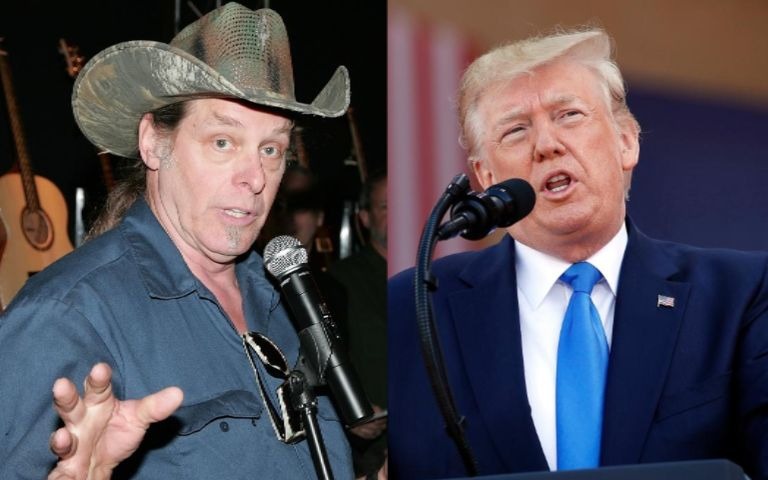 In an interview to The Laura Ingraham Show podcast, Ted Nugent defended Donald Trump from the racism accusations after the tweet he made making remarks about Democratic congresswomen from black and minority ethnic backgrounds.

The discussion began after Trump tweeted that four outspoken liberal congresswomen Alexandria Ocasio-Cortez of New York, Ilhan Omar of Minnesota, Ayanna Pressley of Massachusetts and Rashida Tlaib of Michigan, saying she should “go back and help fix” their “broken and crime infested” countries. Omar, from Somalia, is the only one who is foreign-born.

“Where does the lie start that this president is a racist or a bigot or he doesn’t like gays or lesbians? Where does this come from? I know President Trump. People say I’m a racist. I’m anything but a racist. People who call me a racist are the racists. If you’re gay or lesbian or you’re confused about your gender, I don’t know anybody who cares. We want you to be happy; we want you to be able to make your own choices in life. But where does this lie that this tidal wave of bigotry and hate comes from the right?”

“I’ve been in this world for 71 years this year. I’ve never met a racist. I knew the [Ku Klux] Klan existed and I knew people who were against freedom, and I know there’s Nazis and goofballs all over the world, but when you prioritize your quality of life and you always judge based on content of character, racists won’t come near you; bigots won’t enter your life.”

“Where does she get the lie, where does the left get the lie that President Trump wants to make America white again?” Nugent added. “Nancy Pelosi, what kind of mind-altering chemicals are you on to think such a nasty, false, hateful thing about our great president, who I happen to believe is the greatest president, and he really is making America America again. So I’m confused, like everybody who lives truth, logic and common sense, why the hate. And not only that, but every reference to their hate, it’s unsubstantiated — it’s all a lie.”

Nugent also criticized U.S. women soccer team co-captain Megan Rapinoe, that is attacking Donald Trump, saying he is “divisive” and that his “message is excluding” the minorities

“Hey, Megan, write this down: the president doesn’t exclude anyone — period,” Ted said. “What level of effort is necessary to continue to lie to yourself about this president, about Republicans, about conservatives, about the NRA…? I mean, to what level of effort do you have to go to lie to yourself to make up these nasty, hateful lies about all the best people in the world.”

“I’ve been a life member of the NRA for my entire adult life,” Nugent continued. “I’m on the board of directors with some of the highest votes. The NRA is a civil rights organization making sure that all free people have the right to defend themselves. How could you possibly hate that?”