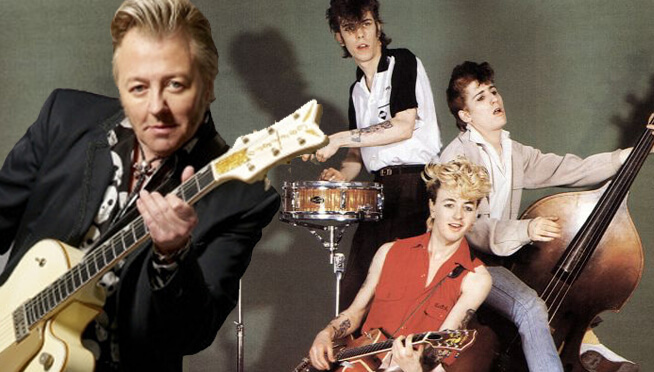 After 25 years without releasing a new record, Brian Setzer, Lee Rocker and Slim Jim Phanton decided to go in the studio again to record an album commemorating the band’s 40th anniversary, which will also feature a tour.

The band that returned to the stage earlier this year to the delight of their fans had their latest album, the iconic Original Cool, released in 1993 and since then only a live DVD was released in 2004.

In 2019, the band plans to join forces with producer Peter Collins, who has worked with Setzer, making the trio return to the stage with unreleased material. Phantom says the style will continue the same, but with a more current style.

“Our new songs have the classic rockabilly style, but always keeping the current and fresh footprint, as always. In other words, it’s a Stray Cats album.”