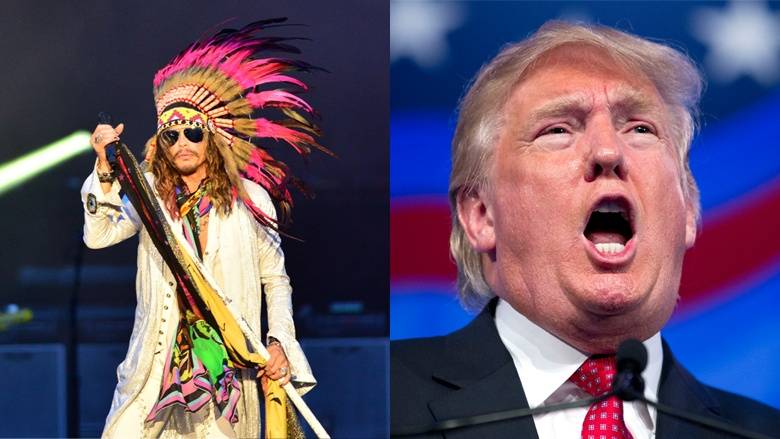 Aerosmith frontman Steven Tyler is trying to stop US President Donald Trump from using the band’s 1993 classic “Livin ‘On The Edge,” at events.

The song was played recently on Tuesday night, 21, when the president’s supporters entered the Charleston Civic Center for the Trump meeting.

According to Variety, Tyler sent a letter through attorney Dina Lapolt, accusing the president of intentional infringement of using the song. In 2015, Trump used the song “Dream On” during his presidential campaign.

“As expressly described in the previous letters, Mr. Trump is not allowed to use any music,” says the document.

Livin’ On The Edge

The song was written by Steven Tyler, Joe Perry, and Mark Hudson. It was released in 1993 as the first single from the band’s commercially successful album Get a Grip. The single reached number 18 on the Billboard Hot 100 chart, number three on the Cash Box Top 100, and number one on the Billboard Album Rock Tracks chart, where it remained for nine weeks, making it Aerosmith’s most successful single on that chart. In the UK, the song peaked at number 19 on the British pop chart in April 1993.
See more News
Continue Reading
You may also like...
Related Topics:aerosmith, CLASSIC ROCK, donald trump, Featured, hard rock, joe perry, news, steven tyler