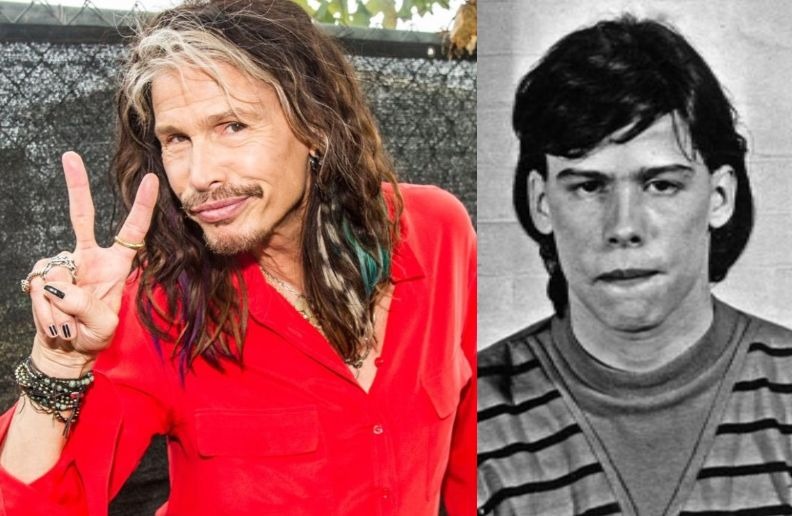 Steven Victor Tallarico was born in Yonkers, New York, on March 26, 1948, and completes 71 years-old. His father, Victor A. Tallarico, was the son of Italians and Germans, while his mother, Susan Ray, had ancestry of Poles and English. Victor became a classical musician and pianist while Susan worked as a secretary.

As a child, he spent hours under his father’s piano, listening to him play, but as a teenager he became interested in drums. It was when he began to participate in his father’s band, even ashamed of his age. He began making presentations at the resort where his family was vacationing. He performed in musicals, played guitar and sang.

In the second grade, he was persecuted by colleagues and was not very well seen in the school social circle. Steven even had a drink of whiskey every day before going to school. He often missed classes to see New York bands.

In 1964 Steven formed his first band, The Strangeurs, in which it occupied the position of drummer. They signed a contract with CBS and changed the band’s name to Chain Reaction. At age 18, in 1966, Tyler began composing with the keyboard player and recorded some songs. Between 1967 and 1968, they opened four concerts for The Yardbirds, and Steven was invited to try out the vocals with The Left Banke.

In 1969, when he went to vacation in Sunapee, New Hampshire, met Joe Perry in a diner. Joe called Steven to see him play with his band, the Jam Band, the same night and place Chain Reaction would play.

In the early 1970s, Tyler joined Joe Perry and Tom Hamilton to start a new band, Aerosmith. Steven insisted on being the frontman and vocalist, calling his New York friend, Joey Kramer, to be the drummer. Without a second guitarist, Steven called a childhood friend, Ray Tabano, to move on. They moved to Boston and began to share an apartment on Commonwealth Avenue in Brighton. Tabano was replaced by Brad Whitford in 1971.

After spending time playing clubs under the tutelage of his first manager, Frank Connelly, the band began working with Steve Leber and David Krebs, managers in New York. These two scheduled the group at Max’s Kansas City (legendary nightclub) in October 1971. Aerosmith performed for record executives, soon after signing a contract with Columbia Records and releasing their first album in 1973.