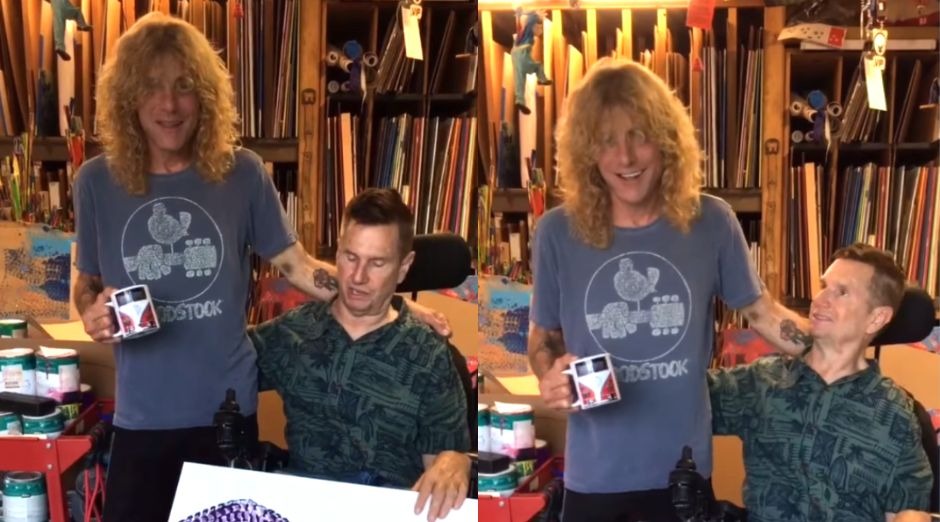 Steven Adler, former Guns N ‘Roses drummer who played in the classic Appetite For Destruction is “alive and well”.

The statement was released by him a few days after we received the information that he would have stabbed himself in the stomach and been taken to a hospital.

After the official reports, his manager came to the public to say that this was not the case and that in reality what had happened was a small accident, with a superficial injury that would not even prevent his plans to continue making shows.

Now, Adler has posted a video saying it was all “media confusion,” as many spoke of a suicide attempt:

“I’m sorry for all the media mess that’s going on. I’m alive and well. I look forward to seeing everyone on July 12 at the Golden Nugget in Las Vegas and on July 13th at the motorcycle rally in Orgen, which will be wicked to the extreme. And I love everyone, I can’t wait to see and embrace everyone. Thank you so much for your love and support.”

At the end of the video, where he appears alongside artist Tommy Hollenstein, Adler makes sure that none of his shows have been canceled.

Fired by Guns N ‘Roses in 1990 because of his problems with drugs, Steven was out of the band’s current reunion with Slash, Axl Rose and Duff McKagan, theoretically because he was suffering from spinal problems.