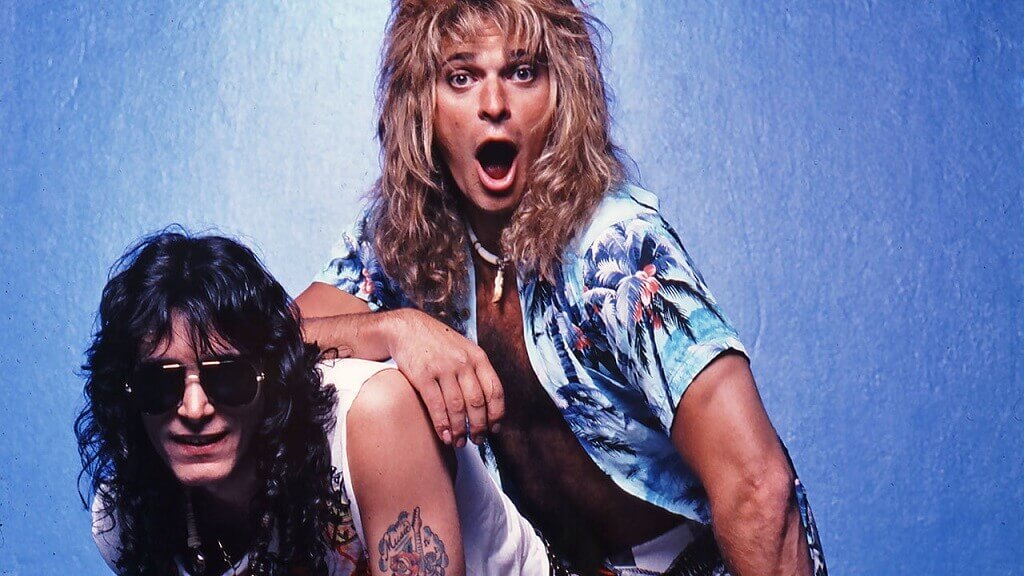 Read what he told The Andertons in a interview:

“I experienced the excess when it was appropriate to experience it, and then I moved on from it. I don’t know how people tour now in rock bands. They seem serious. Back then, man… Like with Dave Roth, there was nothing like it. I can’t even tell ya… 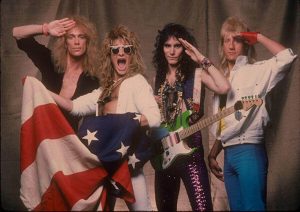 “I tell some people and it sounds unbelievable what went on. It was just fantastic. I was more of an observer. When you’re in a situation like that – you’re selling out arenas around the world, you’re virtually famous over night, you’re selling tons of records and people change around you… And that’s okay, I get it.

“But you have access to money, all kinds of sex, anything you’re interested in, it’s just there. And on tour with Dave it was there in, like, exponentially. [Laughs]

“But as I was going through it, I knew that it was a fun game, so to speak. I didn’t do drugs, I was in a relationship, I wasn’t promiscuous in that way really. I liked the money, but I never bought fancy cars or stuff like that.

“So it was really great because I didn’t get sucked into it. It was like a colorful fly on the wall. And I knew instinctually that it was gonna pass. All you gotta do is look and it passes. So I really embraced it and loved it. 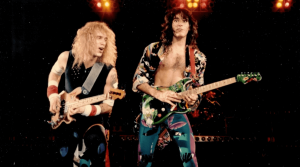 “But there was also a particular type of music that I knew was in me that was eventually gonna have to come out. So that when after the Dave Roth thing, I did [1990’s] ‘Passion and Warfare.’

“I really enjoyed all that stuff, with Dave Roth and Whitesnake and Alcatrazz and Frank Zappa, the ‘Crossroads’ movie – they were great gigs. But there was an instinctual kind of music that I knew was inside of me. It’s not uncommon, people have visions but a lot of time those visions for their creative potential is cut off because of their own thoughts, that’s one thing that will kind of steer them away.

“But the interesting thing when I sat down to do even my first solo album “Flex-Able” – which is very quirky kind of peculiar record - I had no expectations. I didn’t think like ‘I have to be successful at this’ or ‘Who’s my audience,’ ‘Is this radio friendly,’ ‘What are people gonna think about it,’ there was none of that.

“Because I just thought having a career in the music business was just off of my radar. I just wanted to be a musician. I just loved playing the guitar and recording and listening to this crazy music. That was the gist. And everything came from that. It’s weird, my whole career seems to continue to be handed to me on a silver platter. I don’t have to do anything except what I like, what I really love. 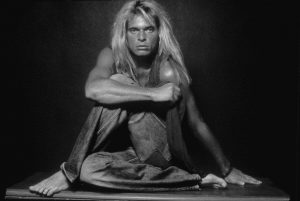 “Of course, there’s challenges and stuff like that. But then when it came time to do ‘Passion and Warfare,’ I actually thought that was the end of my career. I just got finished of like four years of intense touring and recording with Roth and Whitesnake, selling out arenas and stadiums around the world and being on the covers of all the magazines and winning all the awards. And I thought, ‘I’m not gonna chase that because it’s a part of me but it’s not really who I am musically. It’s part. An enjoyable part.

“So when I sat down to do ‘Passion and Warfare,’ I didn’t think there’d be any audience for this kind of music. But the creative impulse was so strong that it trumped any fears of failing or not being accepted. I had no expectations for it. I actually thought, ‘Okay, you’re leaving all of the big rockstar stuff, it was great and it was fun…’

“But I didn’t want to sustain that, I just wanted to do this. And surprise, surprise! [Laughs]”