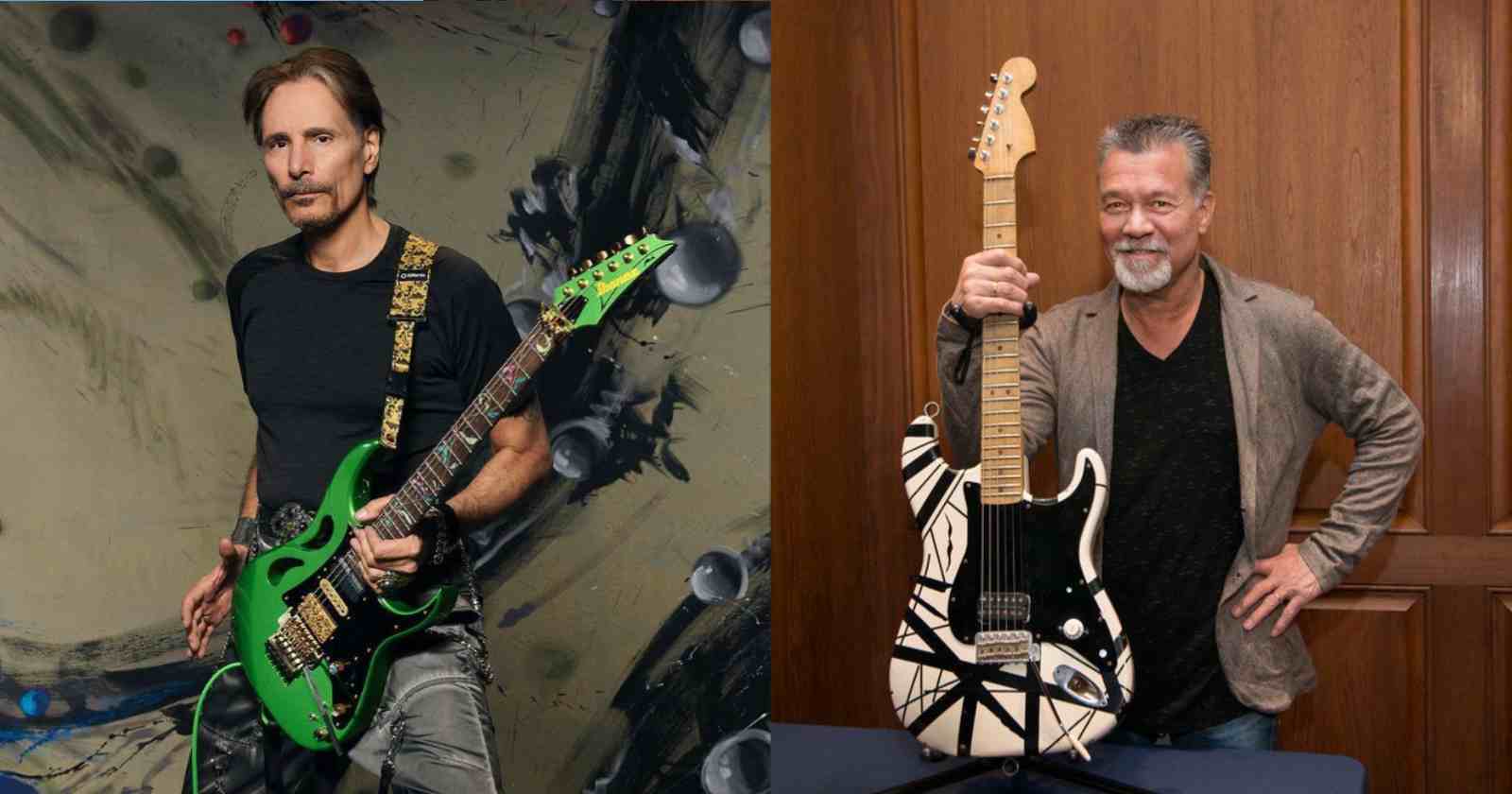 Steve Vai was David Lee Roth’s band guitarist from 1985 to 1989 and had to play many Van Halen classics live.

“As a guitar player, playing Edward’s parts, it’s a joy because they’re perfectly orchestrated. They fall on your hands beautifully. They’re just engineered so beautifully. Now, you can learn how to play them, but it’s not going to sound like Edward.”

“You know, it will always sound like you. They sounded like me playing Edward’s parts. I did my best to pay respect to them, because they’re great fun to play. It was nice. It was such an incredible opportunity and a joy to play those songs in front of 25,000 people a night.”

Most challenging guitar part to play

When asked which was the most challenging guitar part to play, Steve Vai explained the magic that existed between Eddie and his brother and drummer Alex Van Halen:

“The challenging aspect for me in playing those tracks was also the educational aspect, and that was how Edward quantified his parts. They had no sharp edges – this is hard to explain, but they’re well rounded edges.”

“His ability to sync to his brother was magical. Finding that groove [was interesting] because his brother didn’t play straight like a drum machine, but the way that they locked was remarkable. That’s something that you can’t really learn by learning where to put your fingers.”

“That’s an internal thing. You’d have to be playing with Alex [Van Halen] to understand how you would navigate those parts the way Edward did. I played them with Gregg Bissonette, who is a fabulous drummer. He’s a little more straight ahead in the groove. It’s like, Alex flows more; Gregg is locked. So I was playing to Gregg, so that was a bit different.”

Born in Carle Place, New York back in 1960, Steve Vai is a three time Grammy Award winner and fifteen-time nominee. His career began at the age of 18 back in 1978 as a transcriptionist for Frank Zappa, later becoming a guitarist in Zappa’s band from 1980 to 1983.