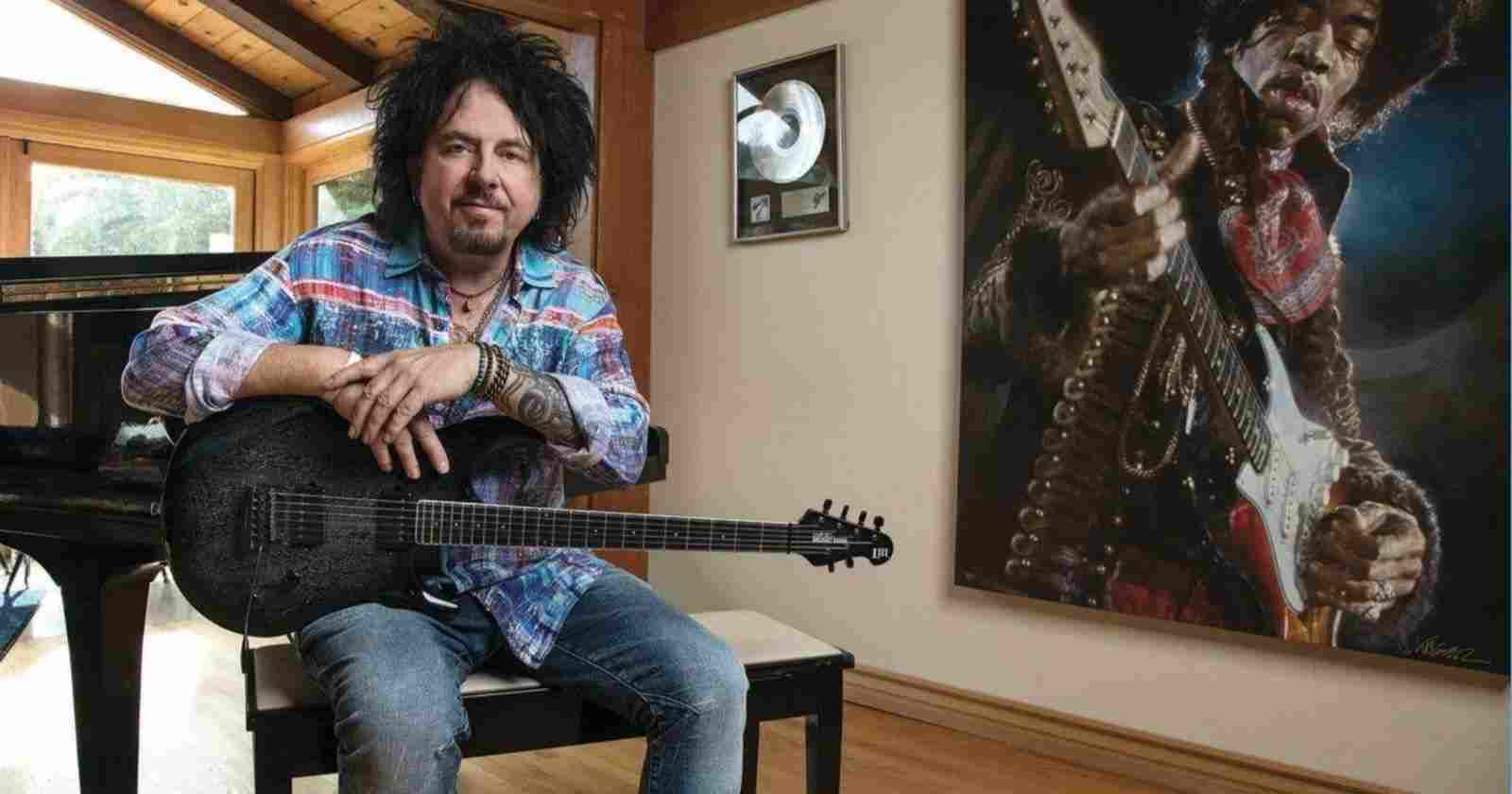 Toto guitarist Steve Lukather started playing guitar very early and at the age of 9 he was already earning money with music. The musician recalled in an interview with Tone Talk the bands he had when he was still a kid and how that experience changed his life.

“You know, I started playing really young, and it was a little more freakish than it is today. I was in a band when I was nine, I was making money at it. When I was 11, I found a couple of other kids that could play with me. So it was sort of like, ‘Wow, look at the little kids play.’ We played at the Teenage Fair and won, but we weren’t teenagers yet, so we didn’t get to keep the prize.”

“It was the first time I played through a big stack of acoustic amps and zapped the shit out of myself because being grounded was just something you got from your parents. Not an actual tool when you’re using electronics.”

“I saw god – I swear to god. I was just, the microphone was all the way down to the bottom. My lip touched that thing while I was plugged in. I think I was playing a Jaguar, like those acoustic 260s with the horns; it was so fucking loud, I never played anything louder in my life.”

“And then I touched my lip to the microphone – I’m supposed to sing – and it stuck, I just froze, maybe that’s what happened. That’s not really a very good answer, I guess when older people said, ‘Hey, that guy’s really good.'”

“I could play good for my age. But good compared to what? I was going along because I could play some Beatle chords and Beatles songs, I could play the solo in ‘Gloria,’ that Jimmy Page [allegedly] did, really simple basic stuff. I was able to do it, I picked it up and it was just natural to me.”

“I still don’t think I’m any good but – I mean, I’m OK. But there’s always gonna be somebody, the guy off the top of the heap, you know? I’m just glad to still be here almost 45 years later. Jesus Christ, where does the time go?”

Chillin on a Fri afternoon. We hope you all are safe and well !

“I’ve tried it all, done it all, played it all, every piece of gear just about. Every stupid thing a guy could do, did that too, divorced twice, did that, four great kids, though, and I’m still working, I’m happy.”

“I’m trying to enjoy my life in the midst of the madness. Trying to make the best of it, take care of myself and play. I have a wonderful girlfriend who cooks natural food for me. So I eat well, lie in the sun, playing with my son in the pool. I try to do normal stuff that I was never around to do, you know. Look after the yard, fix up the house a little bit. I’m fortunate enough not to have to worry too badly about things.”