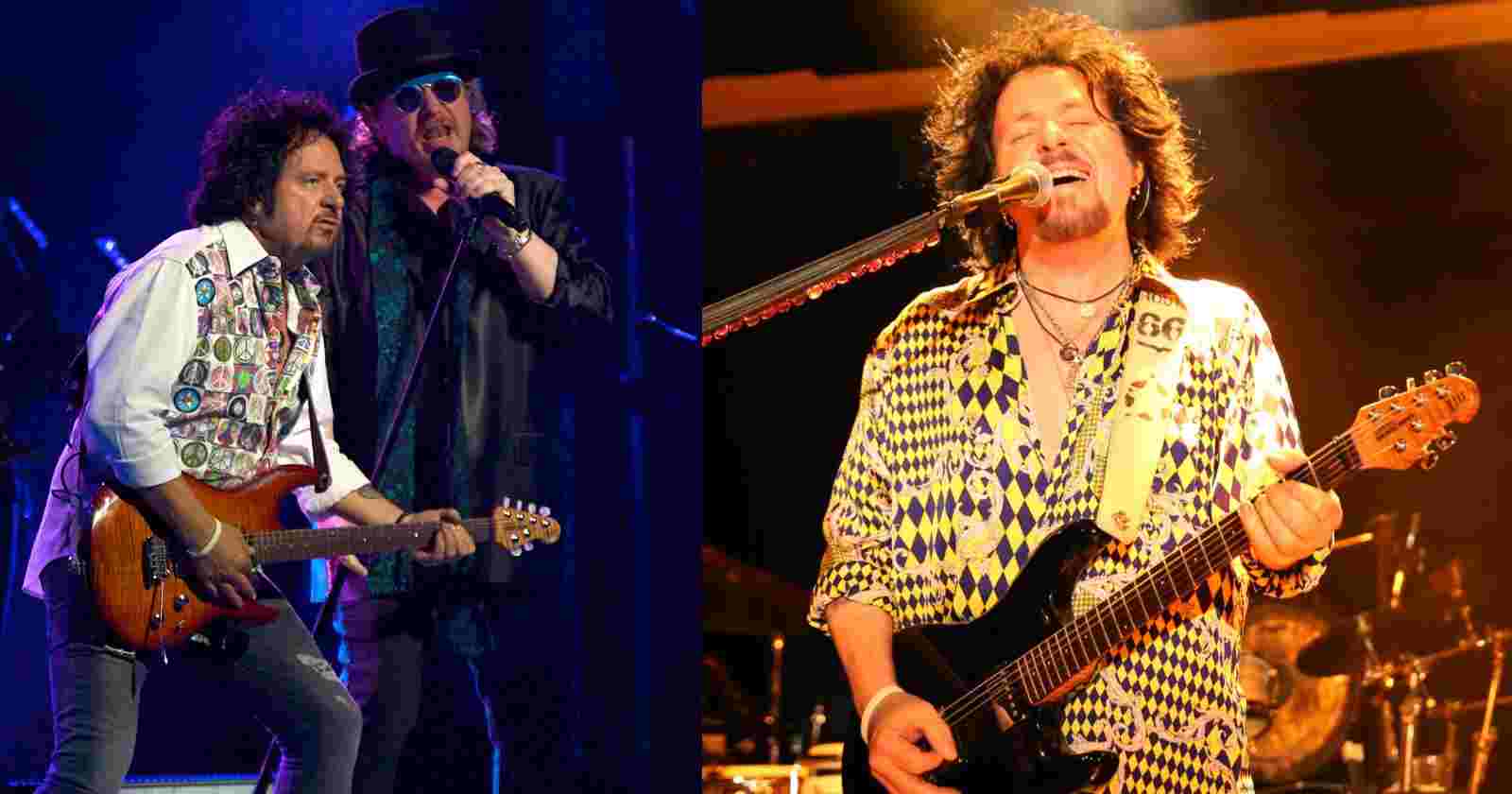 Toto guitarist Steve Lukather recalled in an interview with Eon Music how he recorded the solo for Toto’s “Hold The Line”. The musician said that he was only 19 when he recorded the song and he was really nervous.

Steve Lukather recalls how he recorded the solo for Toto’s “Hold The Line”:

“I was 19 when I did that. Man, I had all these guys staring at me through the glass, and I was nervous as fuck. It was just on the fly, except for the harmony part at the end which was definitely an ode to Queen and Boston and all that. [Singer David] Paich, he goes; ‘I want that Queen shit, man. Do the harmonies and stuff.'”

“I go, ‘But I got to put this first.’ And he goes, ‘Well I love the solo, but it’s just – I want the end to have one of those big guitar harmony things.’ I did the solo in one take, but I fucked something up at the end, and he goes, ‘Well, we want you to do this big bit here at the end anyway.'”

“So we composed the very last lick. But it was based on a mistake. Speaking of mistakes – on the very last lick I fucked up something, so I said, ‘Fuck!’ They said, ‘No, it’s good, it’s a great solo except for the last lick, but we want to do the thing with the harmony thing, so come up with a lick.’ So I said, ‘Give me a minute.’

“I worked something out with Paich, and then we started adding all the harmonies and doubling and tripling and shit like that so it had this huge fucking ending.”

Were you using really light-gauge strings, because you seem to bend some of those notes up two whole steps in places?

“Nines. I like the wide bends; the minor third bends and shit like that. Like I said, it was a hundred years ago, for me. I’ve heard it, obviously, but I don’t dwell on it. It reminds me of a real happy time in my life. And it was our first hit record, and I was just living in my pad, and I was just becoming a session guy, a real session guy.”

“It was our first album, and my whole career was taking off. It was a wonderful time in our lives. So, me – I look at it like that as opposed to a technical side of it.”