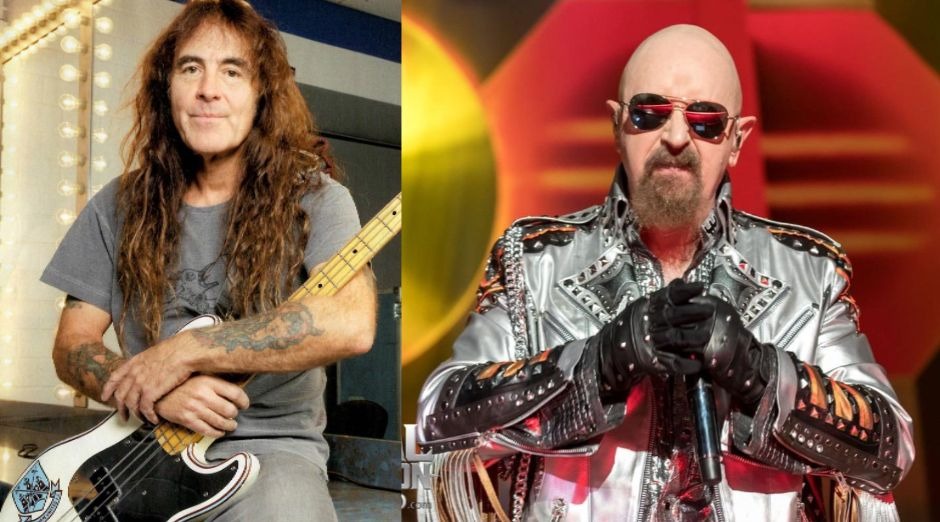 A few months ago Judas Priest bassist Ian Hill said he would love to record with Iron Maiden, then Rob Halford said that he even had the idea for a British Big 4.  And now Maiden bassist and leader Steve Harris has said he wants a joint tour of the bands.

Now Harris has responded, during an episode of Eddie Trunk’s Trunk Nation show on Sirius XM

“”It’s funny because I saw [Halford’s comments in the media] myself. And also, apparently someone today said that [Judas Priest bassist] Ian Hill said something about it as well. I suppose the management has gotta get their heads together and [make] something like that [happen].”But, yeah, why not? I suppose the fans can push for it to happen. But we’ll see.”

Harris also recalled when in 1981, Iron Maiden was the opening band of Judas Priest in the Point of Entry tour.

“[I have] lots of good memories,” he said. “And I really love that album, ‘Point Of Entry’. Some people don’t think it’s their favorite Priest album. But I suppose ’cause we were on tour [with Priest when they were supporting] it, I really liked it.”