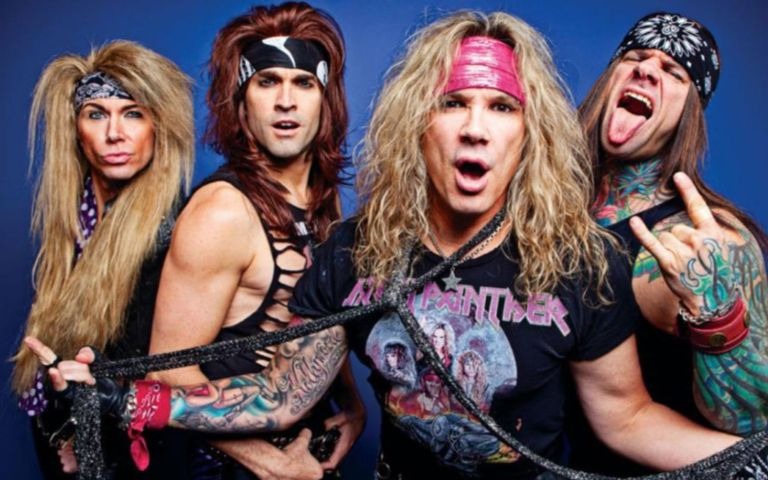 “All I Want to Do is Fuck (Myself Tonight)” earned a pretty crazy video of the band having fun in Las Vegas during a bachelor party. “It’s a hymn about self-love and having a good self image,” explained Michael Starr.

Heavy Metal Rules was set to go out a long time ago, but the band lost all the material they recorded after deleting everything, inadvertently. “Seriously, we lost everything we had in the HD. I remember the lyrics I sang, but we had to record again,” he explained.

Watch “All I Want to Do is Fuck (Myself Tonight)” below and then see the cover and tracklist for Heavy Metal Rules:

Steel Panther is an American rock band from Los Angeles, California, mostly known for their profane and humorous lyrics, as well as their exaggerated on-stage personae that reenact the stereotypical “glam metal” lifestyle.

The quartet began to gain popularity on the Sunset Strip during the early 2000s under the name Metal Shop (soon changed into Metal Skool, then into Steel Panther)