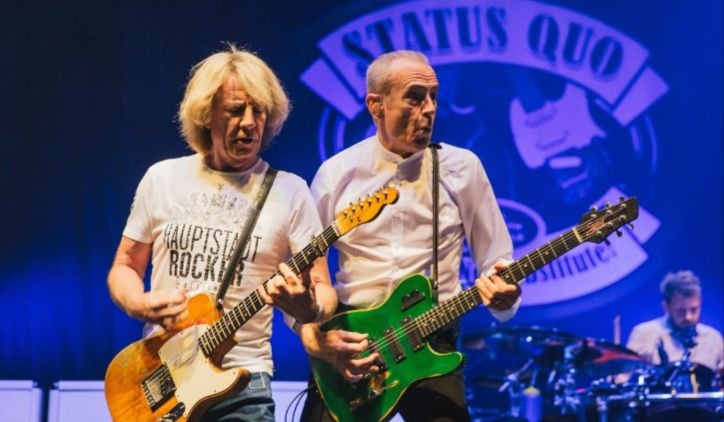 The classic rock band Status Quo announced its 33th studio album. With the title “Backbone”, this is the band’s first record, without founding member and amazing guitarist Rick Parfitt, that died in 2016.

The album includes 11 new songs that were recorded in Francis Rossi (vocalist and guitarist) studio in the last months of 2018 and until the beginning of this year.

Vocalist Francis Rossi explained that with Rick Parfitt’s untimely death in December 2016, the album had to be great, otherwise he would not have seen the light of day.

“Losing Rick was hard to bear, but through Richie Malone, who was inspired to pick up a guitar, we can not just continue, but we can also accelerate the pace,” said Rossi.

Status Quo are an English rock band who play boogie rock. The group originated in The Spectres, founded by Francis Rossi and Alan Lancaster in 1962, while still schoolboys. After a number of lineup changes, which included the introduction of Rick Parfitt in 1967, the band became The Status Quo in 1967 and Status Quo in 1969.