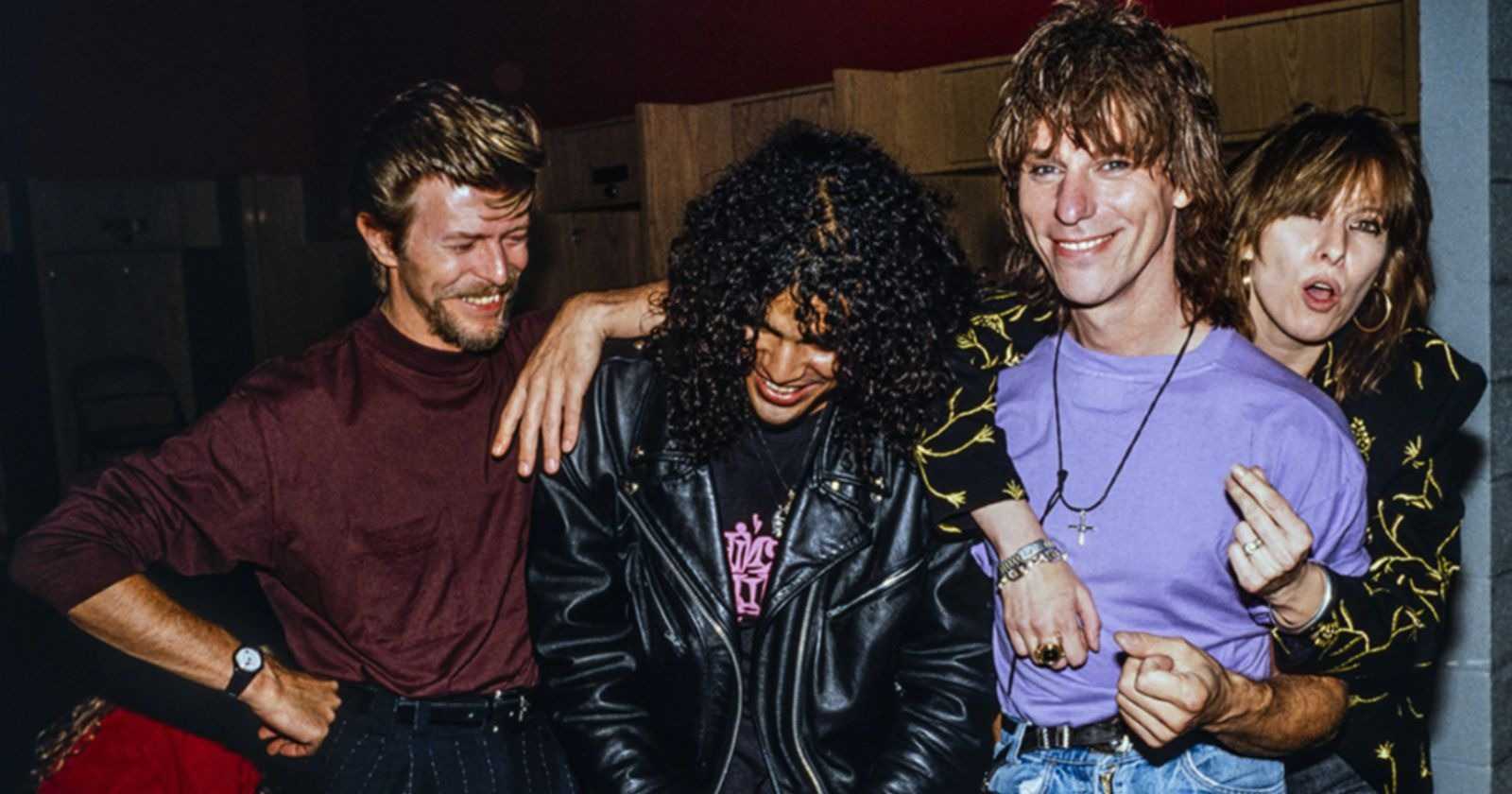 Slash revealed that when he was struggling against addiction back in the 90’s David Bowie gave him an advice that was very helpful. The musician talked in an interview with Kerrang about the conversation he had with Bowie.

Slash talks about the advice David Bowie gave him about addiction:

“The whole time from 1987 and all the way into the ’90s, and God knows when, there was a lot of drinking and a lot of craziness and partying, and just excessive, you know? You’ve heard stories, I’m sure.

“I don’t think I could say one particular party stands out. And I’ve never been one to go, ‘Oh, I’ve got a story about this person…’ I keep that stuff pretty close to the vest, but it was a very colorful time.'”

Did anyone ever offer any helpful advice during that heavy time?

“David Bowie, once, when I was going through my serious hallucination phase. I talked to him about it because it was disturbing. Was this when I was seriously drinking? This was more drug-related. 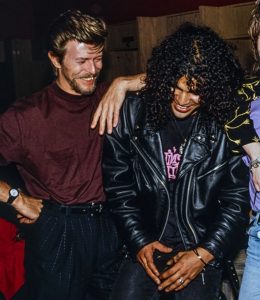 “And he’d said, ‘No, you’re probably in a bad place right now and you have become vulnerable to a lot of outside interaction with things that people don’t normally see, and you’ve exposed yourself to this.’

“And I was like, ‘Whoah! That’s heavy…’ But that was a sound piece of advice. Or maybe an eye-opening clarification of the state of mind I was in.”

How close to drinking and drugging yourself to death did you really come?

“I had enough of those experiences where most people would go, ‘OK, I’m done with this,’ but it didn’t put any fear into me whatsoever. I kept doing whatever it was I was doing. So all things considered, I managed to function and keep going.

“It didn’t really become an issue until 2005. There was a period in 2001 when I was really sick from alcohol poisoning and that slowed me down for a minute, and then it started back up again.

“And I slowly and surely got out, but it was really hard to get out from underneath all that dependency.”