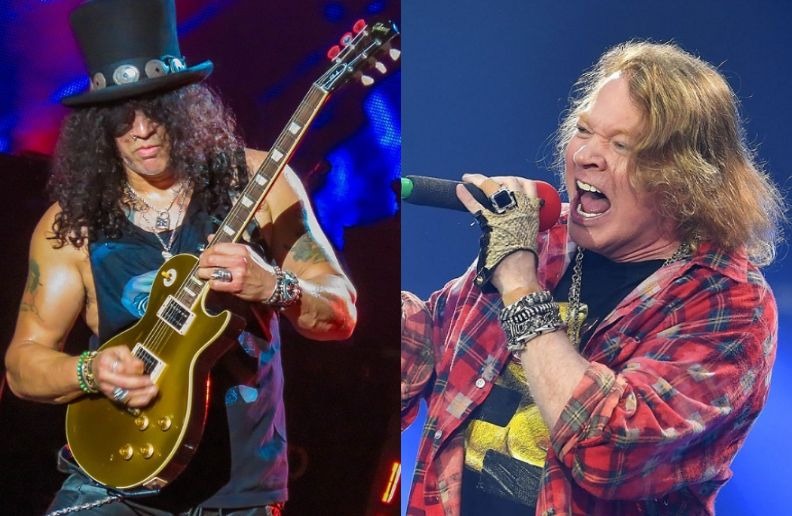 During a conversation with the Television List, Slash was asked if it is true the information given by his bandmate in Guns N ‘Roses, Richard Fortus, that the band will record a new album after the tour of the guitarist.

“Yeah well, right now it is doing this [Slash featuring Myles Kennedy and the Conspirators] tour. We just started our European leg, I’m looking forward to that. That’s all encompassing.

We’re squeezing a lot of miles into a really short period of time, then I go back and get to work with Guns N’ Roses and see where that goes.”

Guitarist Richard Fortus talked about the next Guns N ‘Roses album. This time in an interview with the St. Louis Post-Dispatch, the musician was more precise in his statement and revealed the band’s plans to enter the studio.

“Slash is touring (with his solo band) at the moment, and as soon as he comes back, we’re going to make some more recordings and hopefully get a record soon, and then let’s get back on the road.”

Fortus’s statement makes interesting indications. The first is that Guns N ‘Roses should be in the studio still in 2019, since Slash’s tour began in September 2018 and should not be extended for so long.

The last dates of Slash’s solo tour so far are scheduled for July. Alter Bridge itself, band of Slash project singer Myles Kennedy, also waits for the end of the tour to record unpublished material.

In addition, Fortus said that Guns N ‘Roses will do “some more recordings”. That is: as indicated by the guitarist, the band has already worked on their next album. The new album has gone from the field of “ideas” and is materializing.