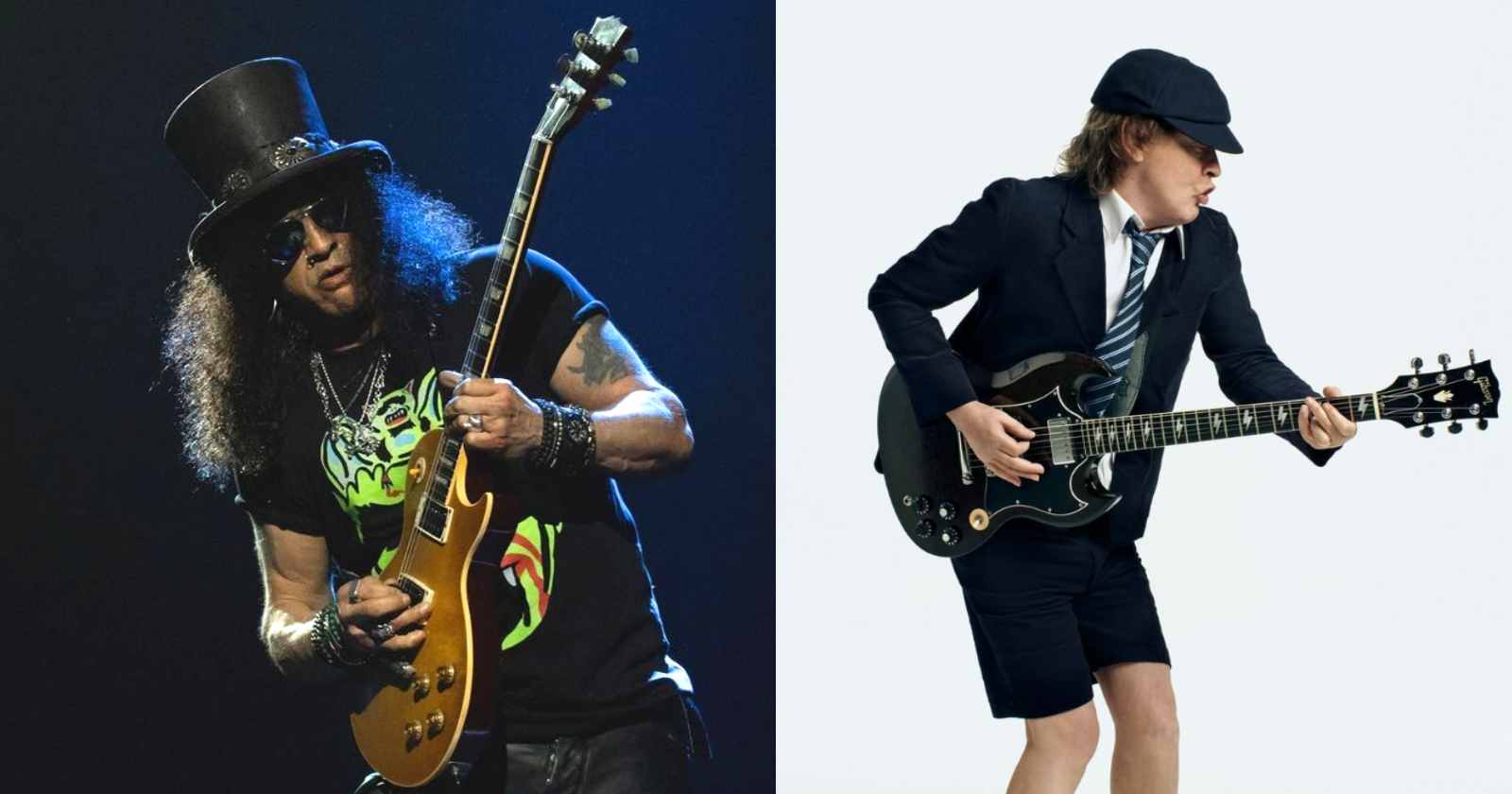 In an interview with Consequence of Sound Slash talked about AC/DCs return, which apparently has three very important members in the comeback: vocalist Brian Johnson, drummer Phil Rudd and bassist Cliff Williams.

Where do I start? AC/DC is bar none, with the exception of the [Rolling] Stones, the greatest rock ‘n’ roll band ever. The Stones will always come first for me and then AC/DC. There are no other bands that actually play that brand of really ’50s-influenced straight-up rock ‘n’ roll like AC/DC.”

“I love them for that. I think Phil Rudd is one of the best drummers of all time. So anytime he was not in the band, I was always disappointed. But it’s great that Cliff [Williams is] going to be back because I remember being backstage with those guys at the end of the last tour and him saying that he was gone and that he was retired. So it’s great that everybody’s back, but it’s especially awesome that Brian [Johnson] is back.”

AC/DC are an Australian rock band formed in Sydney in 1973 by Scottish-born brothers Malcolm and Angus Young. Their music has been variously described as hard rock, blues rock, and heavy metal. However, the band themselves describe their music as simply “rock and roll”.