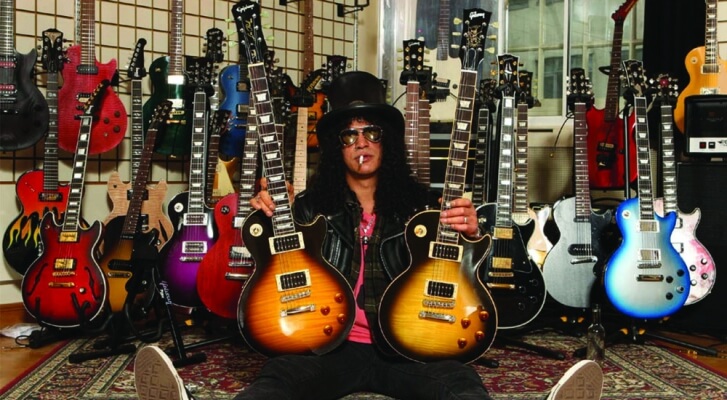 “I have a bunch of cool Teles and some cool Strats. All things considered, I’m a Les Paul guy. But, I love good-sounding guitars.

“As far as I’m concerned, and Gibson probably wouldn’t want me to say it, the Strat is – hands down – one of the best, most versatile guitars there is.

How often do you practice guitar these days?

“I can’t say I’m an ardent practicer. I’m disciplined, but when it comes to practicing, there’s something… Like working on a riff, working on a song or a lick or just playing. I hate the word ‘practicing.’ It sounds so studious and un-rock ‘n’ roll.”

Do you ever learn anything else? Like discover something or you hear something from someone else…?
“Well, what I do is I… I’m listening all the time. So if I hear something that catches my ear, I’ll try and figure it out in my head. Because I might not have a guitar with me in the car per se.

“When I’m at home, I’m usually creating something. But I might have something that I listened to that I’ll get home and go out and see if I remember that.”